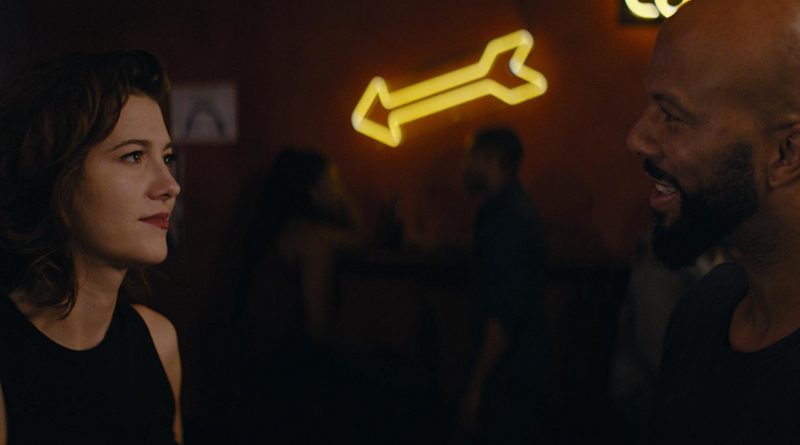 Al About Nina stars Mary Elizabeth Winstead as a woman stand-up comic trying to break through in a male-dominated field. Framed as a romantic comedy, writer-director Eva Vives uses the film to tackle head-on the issue of abuse.

On stage, Nina is bold, with bitingly funny, frankly sexual routines delivered with bravura. Off stage, she is more of a mess, throwing up after every performance and dealing with people in a guarded manner. Her sexually-charged stand-up draws men to her, but she rebuffs them, preferring to pick her own partners for one-night hookups and avoiding commitments. Nonetheless, she is constantly harassed by an abusive ex-lover (Chace Crawford) who refuses to let go.

Struggling in her career and personal life in New York, Nina temporarily relocates to Los Angeles, to audition for a spot on a TV comedy show, Comedy Prime. Her agent finds her a place to stay with another client, Lake (Kate de Castillo), a very California author. The film has a little fun with the culture shock of the native New Yorker in LA but the film soon turns its attentions to romance when Nina meets Rafe (Common), an man unlike any she has met before.

However, this film has a larger ambitions than romantic comedy, which into gets to shortly after these two connect. Everyone in this film talks about being honest, and Nina does too but in fact, she has things she doesn’t want to share. The film uses what happens to explore how much honesty we really want and the line between “truth or dare” honesty and real truth.

A major strength of the film is the cast. Winstead and Common are both strong, and together have a believable, warm chemistry. There is a quirky charm to the both of their characters, as they start to explore the possibility of a relationship. They both have their issues to deal with and a large cultural divide to bridge but the appealing connection they make has us rooting for them.But the real work falls on Winstead, who is excellent portraying the complicated, damaged Nina.

Some of what is said is very hard to take but Winstead’s strong performance and Vives’ unflinching directness help All About Nina say what the film is there to say.