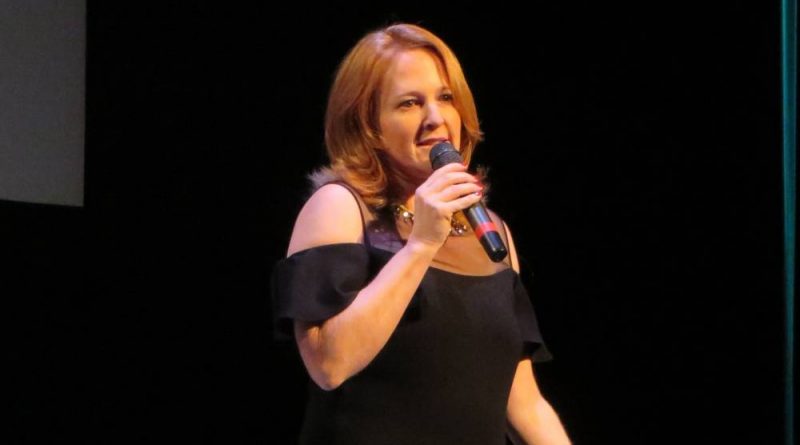 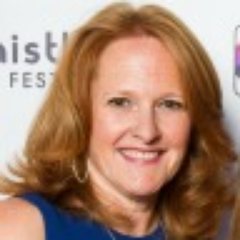 AWFJ’s October 2018 SPOTLIGHT is on Shauna Hardy Mishaw, an international movie mogul who neither produces nor directs movies. Nor does she write, work crew or appear in them. Mishaw’s extraordinary industry impact comes from the role she plays as Executive Director of Canada’s Whistler Film Festival (WFF), where her stellar performance has notably and consistently opened the doors of opportunity for emerging cinema artists, especially for women.

She is dedicated and tireless, and she gets great results. If you are a female filmmaker, working in any capacity and at any stage of your career, WFF is the right place to be, and Shauna Hardy Mishaw is a woman you want to know.

AT WORK AT WHISTLER

During the 18 years since she co-founded WFF with Kasi Lubin in 2001, Shauna Hardy Mishaw has converted Canada’s popular ski resort into an international showcase hub and a Canadian centerpiece of cinema culture, one that has been successfully developed through community involvement and well-deserved government and industry support. 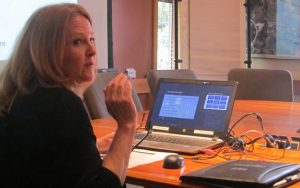 “When we founded WFF, it was with the intention to create opportunities for new and original voices to be heard in independent film, to put Whistler on the map as a cultural destination and to promote British Columbia’s burgeoning film industry. The festival has not changed in terms of its purpose, but it has grown way beyond what we ever imagined in terms of its size, scope and scale,” says Mishaw, who’s quick to quote stats to support her comments. “To date, WFF has presented 1,293 films, 145 awards (including AWFJ EDA Awards for Female Filmmakers) and commissions valued at $1.6 million. Having attracted and launched some of the top talent of our time, and established a community of over 2,137 filmmaker and industry alumni, we’ve become a vital component of the Canadian screen-based industry, and a valued partner in the resort community of Whistler.” 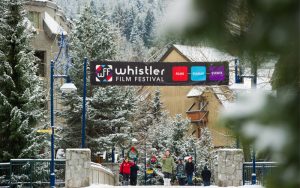 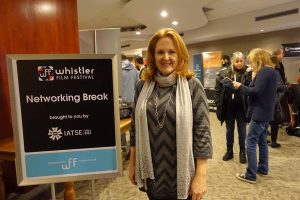 Manifesting Mishaw’s sense of mission about developing independent film, WFF programming actually encompasses more than the selection and scheduling of films to be screened during the annual keystone five-day early-winter movie-watching marathon and the moviemakers meet up. Working with Mishaw, WFF’s all-women year-round staff stages immersive workshops on the technical and business aspects of moviemaking and schedules special themed screening series throughout the year.

“At WFF, we are committed to discovering, connecting and developing talent. My work priorities revolve around that mandate. I am most proud of the slate of talent programs we’ve developed to support artists, and to advance their projects and craft and, to that end, engaging established filmmakers, industry guilds and organizations to partner with us to mentor a new generation of artists and create opportunities for them,” says Mishaw.

WFF’s mentorship Programs include the Women on Top Mentorship, ​Women in the Director’s Chair Industry Immersion and Women in Film & Television Film Market Preparation Mentorship. Add to those women-only programs, others open to both women and men, including the ​Producers Lab, Praxis Screenwriters Lab, Indigenous Filmmaker Fellowship​,​ Power Pitch, Doc Lab, ​Music Showcase, Stars to Watch and MPPIA Short Film Award Pitch​ with the Motion Picture Production Industry Association and Creative BC. The selection of participants is diverse and inclusive.

“In our programming and in the film industry, we face not only a gender issue, but one concerning inclusion and diversity, too. It’s not a new concern, and we have consciously and constantly laid the groundwork for equality. Our focus on women filmmakers has been ongoing for more than a decade. That said, we think the change for diversity and inclusion should and will be organic, ultimately reflecting changes in social attitudes and expectations. And, we see this happening. Last year, about 30 percent of our festival films were directed by women. This year, we expect the program to be about 40 percent women-directed,” Mishaw comments. “It’s understandable why quotas are set, but we always program films for their excellence and to provide viewers with a real and relevant variety of subjects and points of view. The shift may be more gradual that way, but it’s also sustainable.”


Staged to promote learning and growth around the issues of gender equity and cultural diversity in media both on screens and behind the scenes, the event features an inspiring keynote address by a female-friendly woman of influence in moviemaking, plus good food and the intensely productive exchange of business cards and screeners among 100 women who work in all aspects of in film. For Mishaw, seeing partnerships arise at Women on Top is intensely satisfying — as is having colleagues join her in a post-summit ski race to base of the mountain.

Mishaw is far from reticent, but rather than talk about herself, her conversation centers primarily on WFF. Or skiing. She moved to Whistler because the sport and mountain culture are integral to her chosen lifestyle. That said, she is quite clear in declaring that WFF is not a mountain culture festival. But, she readily acknowledges the connection between mountain life and her love of film. It began when she was a child.

Mishaw was not born into a film family, nor did she go to film school. She actually spent much of her early childhood in the Austrian Alps, and she learned to ski inthe Candian Rokies when she was two years old. She says the first movie she remembers seeing is the alpine-set The Sound of Music, with a story and score that captured her interest and imagination her at first look. It was the beginning of her lifelong love of cinema, and its still one of her favorite films. She describes the impact of the film almost as though seeing it was a rite of passage.

“Everything about The Sound of Music resonated with me. The kids, the mountains, the strong and appealing lead character was a woman, and the story. Part of my family is Polish, so the story was very meaningful to me. It made quite an impression on me. It made me think about things I hadn’t thought about, and that’s what movies — good movies — should always do,” she says.

Now, Mishaw and her husband, who works in property management, have regular movie nights with their two pre-teen sons to introduce the youngsters to a diverse and inclusive cinema culture that will enhance their understanding and broaden their experiences.

AWFJ focuses our October SPOTLIGHT on Sheila Hardy Mishaw because as co-founder and Executive Director of Whistler Film Festival, she has created a cinema environment where women filmmakers find generous, knowledgeable and viable support and opportunities to develop and promote their work. 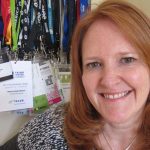 Over the year’s Mishaw has, while expanding the festival’s primary five-day event to year round programming with inclusion and diversity at its core, transformed the resort town of Whistler into a center for comprehensive cinema culture.