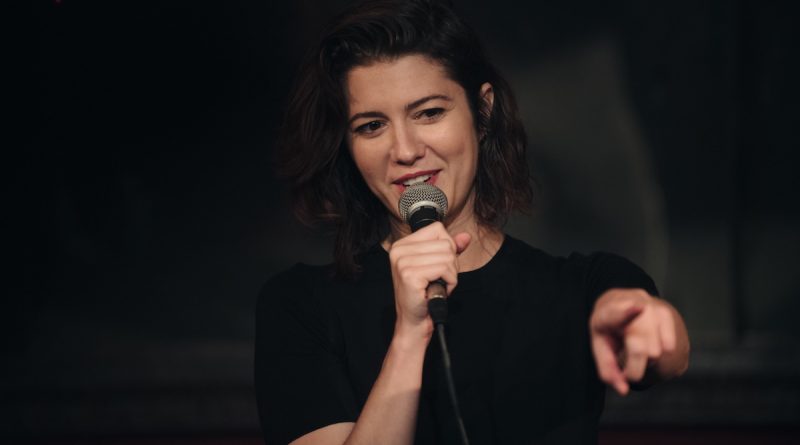 Hail Mary, full of rage. Mary Elizabeth Winstead is utterly incendiary as standup comic Nina Geld, who may or may not be on the cusp of hitting it big professionally while her disastrous personal life is most definitely getting upended, though it’s too soon to tell if that’ll be for better or worse. We’ve seen movies about men like this. We’ve never seen a movie about a woman quite like All About Nina.

Geld’s agent (Angelique Cabral) has been trying, seemingly for years, to get the New Yorker to move to Los Angeles for the career boost it would offer, but it’s more to escape an abusive (and married) fuck buddy (Chace Crawford) that the comic finally agrees to do so. There, her New Agey, touchy-feely friend-of-a-friend host (Kate del Castillo) presents a psychological challenge to Geld, who dresses in black, both literally and figuratively, as a matter of habit; and a potential new squeeze (Common) presents an emotional challenge: he actually wants a genuine connection, not a one-night stand, her usual approach to men.

So far, so familiar. But Eva Vives — making her feature directorial debut with All About Nina, working from her own semiautobiographical script — presents her own challenge to the subgenre of “closed-off fuckup is own worst enemy, sabotages absolutely everything” with the not-as-simple-as-it-appears gender flip of a familiar story. Continue reading…