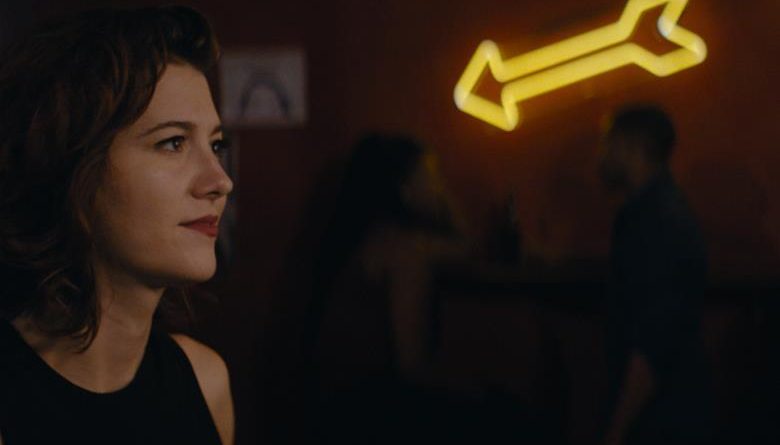 All About Nina is indeed all about Nina, a dysfunctional, damaged, crude, aggressive stand-up comedienne. Nina clearly overcompensates for her vulnerability and victimization earlier in life, not an unusual reaction for traumatized women or men. The film accurately interprets Nina’s psychological coping mechanisms. Nevertheless, there’s too little analytical insight beyond this narrative’s superficial, emotional staging.

We first meet 32-year-old Nina performing her “comedy” routine, while offstage inviting shallow sexual encounters with a series of men, one married cop particularly abusive. For her part, Nina is incapable of any commitment or emotionally nurturing relationship. She eventually flees from New York to Los Angeles, dreaming of a career breakthrough with an audition for Comedy Prime. In L.A. Nina becomes involved with Rafe in her first constructive male/female relationship. Level-headed, honest Rafe throws Nina for a loop.

By today’s standards, at least for those uninhibited performers who rely on socially confrontational content as their stock-in-trade, Nina’s foulmouthed, coarse material won’t shock or push the envelope. However, the humor she strains to derive from crass material fails more often than it succeeds. It isn’t clever or witty. As a result, spending an hour and 40 minutes with Nina becomes more an endurance contest than a pleasurable indulgence.

In her debut feature film, writer/director Eva Vives relies heavily and mistakenly on Nina to win us over in what feels increasingly like sadomasochistic excess as roommates and friends repeatedly intensify the unpleasantness of being with Nina. Anchoring the entire film, Mary Elizabeth Winstead gives a credible performance in a thankless role, but we need a third act that provides more extensive, heartening recovery.

Only Common as Rafe offers the energy and appeal that consistently buoys this character study. Technically, compositions are serviceable but not arresting, with a surfeit of emotion and close-ups overwhelming thoughtful appeal. Beau Bridges as Comedy Prime’s Larry Michaels makes the most astute observation, noting that people only think they want reality. I’d add, especially when it’s this strident. Check local listings for All About Nina.