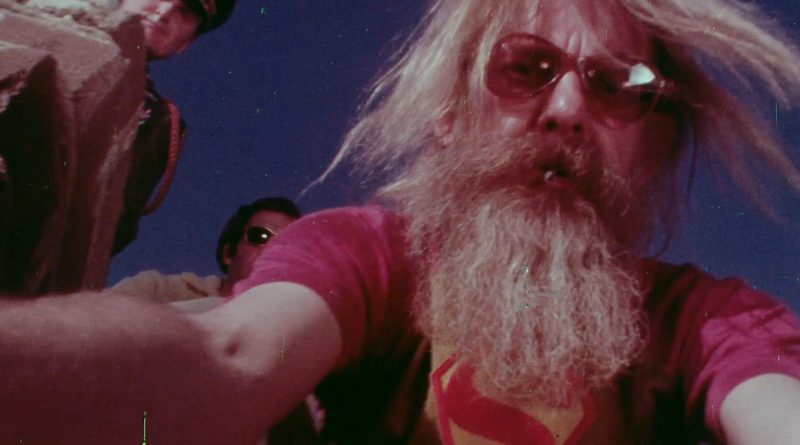 It’s little wonder that first-time director Amy Scott feels such an affinity for the work of Oscar-winning filmmaker Hal Ashby.

Like Ashby, she is a longtime editor making her directorial debut after her 40th birthday, and she proves with her documentary “Hal” that she has learned well the editor’s art of smoothly piecing together the best scenes and stories.

With her fascinating cinematic portrait, Scott effectively contends that Ashby, who died Dec. 27, 1988, at the age of 59, should be elevated among the pantheon of 1970s filmmakers.

With “Hal,” which premiered earlier this year at the Sundance Film Festival., where it was nominated for the Documentary Grand Jury Prize, Scott makes her argument by focusing on the seven lauded and influential films Ashby released between 1970 and 1979.

Inspired by Nick Dawson’s biography “Being Hal Ashby: Life of a Hollywood Rebel,” Scott layers the requisite biographical information and talking-head praise with the intriguing insights, indelible anecdotes and dramatic readings of his often-dramatic letters by actor Ben Foster, punctuated by the furious clacking of typewriter keys.

Stories about how Ashby got so busy with a marathon editing session that he almost forgot to attend the Academy Awards to receive the Oscar for best editing for Jewison’s “In the Heat of the Night” or about how his decision to shoot the race-relations drama “The Landlord” on location in Brooklyn led to a especially eventful sequence for star Beau Bridges make you feel like you’re truly getting to know long-haired, prodigiously bearded movie maverick.

Since Ashby was by all accounts married to his work, Scott continually brings the documentary back to his movies, including his largely forgotten 1980s films, made as he was fighting a losing battle with the increasingly corporate studio system and then another with pancreatic cancer. One of “Hal’s” most emotional moments comes when Ashby’s now-grown daughter Leigh MacManus, whom he abandoned when he moved from his home state of Utah to California, admits that her favorite of his movies is the critically maligned 1982 gambling caper “Lookin’ to Get Out” because she believes the father-daughter angle was inspired by her.

With “Hal,” Scott effectively makes her case that Ashby deserves a place among his more widely renowned and longer-lived contemporaries like Francis Ford Coppola, Martin Scorsese and Robert Altman. The documentary will make you want to watch or rewatch his movies with new appreciation, and there might be no higher compliment than that.