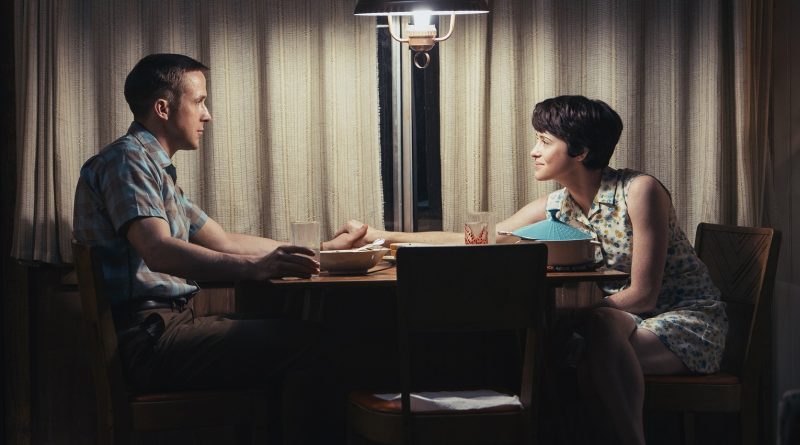 Neil Armstrong was permanently enshrined in American – and human – history on July 21, 1969, when he became the first man to walk on the Moon.

For Armstrong, though, the defining event of his life arguably happened seven years earlier, when his beloved daughter, Karen, died of cancer at the age of 2.

“First Man” focuses not on the triumphs but on the tragedies that led up to Armstrong’s historic moon walk, and how those losses shaped Armstrong’s resolve to succeed.

A master of intensely contained performances, two-time Oscar nominee Ryan Gosling (“La La Land,” “Drive”) proves the perfect pick to portray Armstrong not just as an unlikely American hero but as a natural introvert whose grief turned him ever inward, to the dismay of his wife, Janet (Claire Foy, “The Crown”), whose own stoic façade cracks as the risks of her husband’s job become increasingly apparent. Foy’s explosive turn contrasts superbly with Gosling’s carefully controlled portrayal.

Chazelle depends on a stalwart group of familiar character actors to play the rest of the familiar NASA players: Jason Clarke as Ed White, Shea Whigham as Gus Grissom and Corey Michael Smith as Roger B. Chaffee, the Apollo 1 astronauts killed in a fire on the launchpad during a 1967 test; Corey Stoll and Lukas Haas as fellow Apollo 11 crew members Buzz Aldrin and Michael Collins, respectively; Kyle Chandler as NASA chief Deke Slayton; and Grammy-nominated R&B artist Leon Bridges singing the Space Race protest song “Whitey on the Moon” as Gil-Scott Heron.

Chazelle never lets viewers forget the dangers as he traces Armstrong’s career from test pilot to Apollo 11 commander, emphasizing that the early astronauts shot into space in glorified tin cans powered by detonating rocket fuel and equipped with dubious analog technology. The ear-assaulting shaky-cam depictions of fledgling space flight might be physically upsetting, but they definitely get the point across and keep audiences on edge, allowing the director to subtlety ratchet up the tension even though we all know Armstrong’s space ventures will turn out all right in the end.

There’s a subtle poetry to the storytelling that makes “First Man” a much different cinematic experience than other excellent space films like “The Right Stuff” or Duncan native Ron Howard’s rousing “Apollo 13.” Chazelle’s biopic is more interested in exploring Armstrong’s fascinating character than he is in exploring the surface of the Moon, although he depicts the latter with striking visuals and compelling near-silence.

The movie’s pre-release controversy over Chazelle’s decision not to include a scene of Armstrong planting an American flag on the Moon – which in the context of the film would be incredibly out of place – illustrates just how valuable what the filmmaker is doing with “First Man”: allowing us to know one of our most revered American icons as someone who was a man, first.