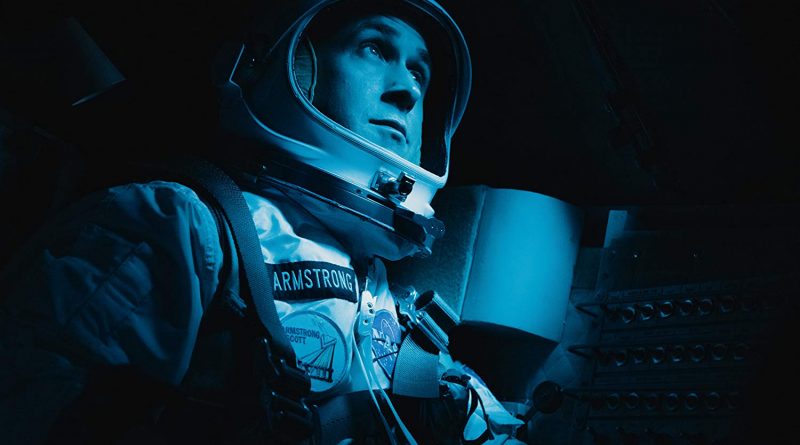 First Man captures Neil Armstrong’s tragedies and triumphs A monumental scientific and historical event, Neil Armstrong stepped on the moon on July 21, 1969, the first person to do so. Director Damien Chazelle’s First Man puts that phenomenally difficult, dangerous event in the context of the wonder, the terror, the tragedies and the triumph that go along with it. Moreover, we feel Armstrong’s overwhelming physical and emotional struggles.

Chazelle establishes his historical, documentary approach right away, beginning in 1961 in the Mojave Desert. In an awe-inspiring scene, Armstrong fights for control of his X-15, bouncing off the atmosphere at 140,000 feet and flying at Mach 3 speed. Subsequent scenes nicely juxtapose Armstrong’s home life with wife Janet and his children, astronaut selection and training, political elements (especially the competition with the Soviets), the tension among and camaraderie with his NASA colleagues. Though the catastrophic accidents are well known, when they occur in First Man they still carry the jolt of their shock. Armstrong barely survived at least twice, and some astronauts did not.

Chazelle chronicles all this moving to Gemini 5 in 1965 and the heart-stopping problems with pod docking and then to the 1966 through 1968 Gemini programs advancing space endeavors but also suffering disasters. The encouraging and sobering impact of all this is channeled through Armstrong, with a multifaceted, engrossing performance by Ryan Gosling. Cinematographer Linus Sandgren and editor Tom Cross use close-ups to convey the story.

As he proved with Whiplash and LA LA Land, Chazelle understands the heart of his story and honors its majesty. As he said for a Telluride interview, this came with “a lot of failures and setbacks, controversy and debates.” For an amazing visceral immersion, First Man is best experienced on a big screen.