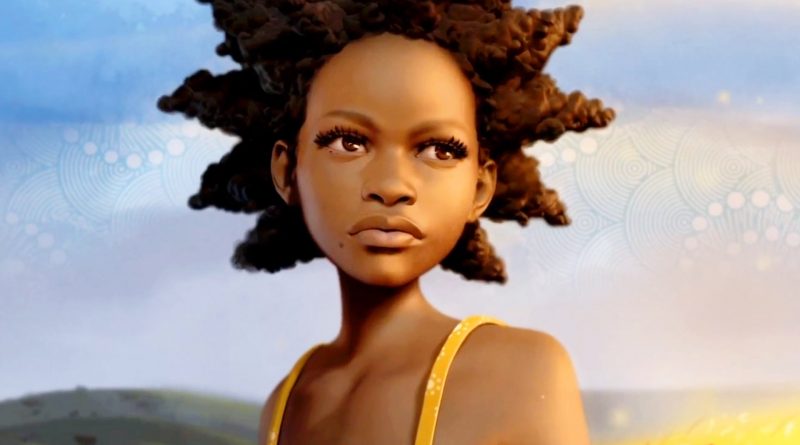 In Amanda and Aaron Kopp’s touching documentary, an acclaimed South Africa storyteller, Gcina Mhope, guides a group of orphans in Swaziland as they craft their own fairy tale story about a girl named Liyana. The children live in a peaceful rural compound, surrounded by mountains and rolling fields, but their lives before they came to this idyllic spot have been anything but peaceful. Many were orphaned by the HIV/AIDS epidemic gripping Swaziland, and many have witnessed crime and violence. As the children create the story of Liyana, their own life experiences, their fears and their hopes, are reflected in the obstacles the little girl has to overcome in her adventure, as she sets out on a mission to rescue her younger twin brothers. Beautifully photographed and with polished production values, the film casts a gentle spell on the viewer, helped greatly by the charisma of the children.

There is a lot of enchantment at work here. The story is brought to life through vibrant animated illustrations by Nigerian-born artist Shofela Coker, images partly inspired by the children’s own drawings of their character’s heroic quest. The children provide narration, and they charm us with their lively descriptions on camera, which are inter-cut with the animation. As their tale takes shape, we also see footage of the children going about their daily lives – playing, having dinner, in the classroom. We see a lot of footage of them on a hike in the mountains, climb paths and crossing streams, which fits well with both the journey of Liyana and their own journey in life.

In lesser hands, this documentary could have been something simple and too sweet, but Aaron Kopp, who grew up in Swaziland, and his wife Amanda, wisely let the children’ express their darker thoughts as well as the hopeful ones. In the end, this uplifting film illustrates the healing power of storytelling and the resilience of children.