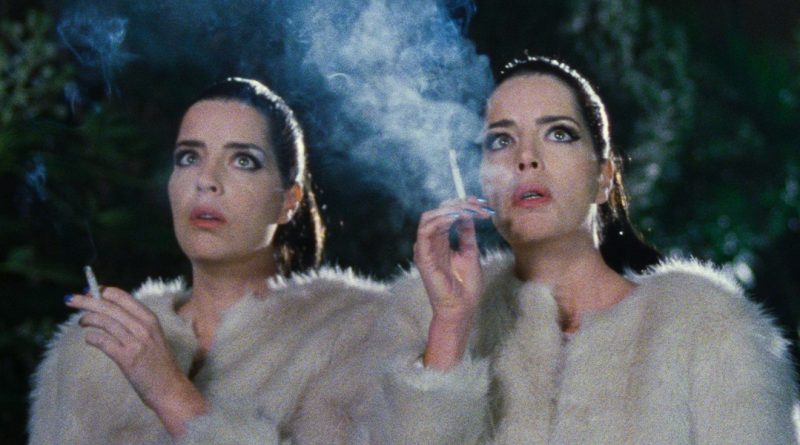 With its North American premiere at the Midnight Madness program of this year’s Toronto International Film Festival, there is little that can prepare you for the unique, twisted majesty of queer Portuguese film Diamantino. Co-directed by Gabriel Abrantes and Daniel Schmidt, this is an unapologetic carnival of bad taste all but destined for cult film longevity, confirmed by some of its most memorable images; the one-time great soccer idol of the title running through a field of glittery cotton candy alongside giant puppies, the overt ‘Kardashification’ of his Grimm Brothers-esque wicked twin stepsisters, and the sheer delight the film takes with rejecting any even remote comprehension of gender and sexual identity as a binary.

The degree to which Diamantino frees itself from the shackles of taste, convention and sanity are clear from even the most cursory overview. Following the rise and fall of Carloto Cotta’s title character, Diamantino’s professional career as a soccer superstar collapses just as the young man experiences two life-changing events: the death of his beloved father, and what, despite his somewhat limited intelligence, can be best described as a political awakening. With the emotional intelligence of a young boy, Diamantino is shocked while sitting on his luxury yacht to see a group of boat people and decides after the seeming end of his career in sport to devote himself to the plight of “fugees” (his mishearing of “refugees”). With his best friend Mittens the kitten, he attempts to change the life of one young “fugee”, unknowingly finding himself embroiled in an official investigation into financial crimes by two lesbian spies and – if that’s not enough – at the heart of a neo-fascist government propaganda conspiracy seeking to clone him via unsound genetic engineering techniques to promote what is effectively Portuguese Brexit.

Comparisons to John Waters have not been uncommon in discussions about Diamantino, less to do with its aesthetics than with its particular combination of bad taste with a big heart; despite being what on the surface reads as a caricature of the ‘manchild’, Cotta’s Diamantino transcends any notion of obnoxious and toxic male privilege by ultimately transcending what is traditionally considered ‘masculinity’ itself. While certainly outrageous, it is somehow magical how Diamantino manages to broadly skirt accusations of ‘problematic’ in its representations of race, class, gender and sexuality, but the secret lies in its genuine spirit of love and acceptance: Diamantino is both a clear provocation and, simultaneously, an utter delight.