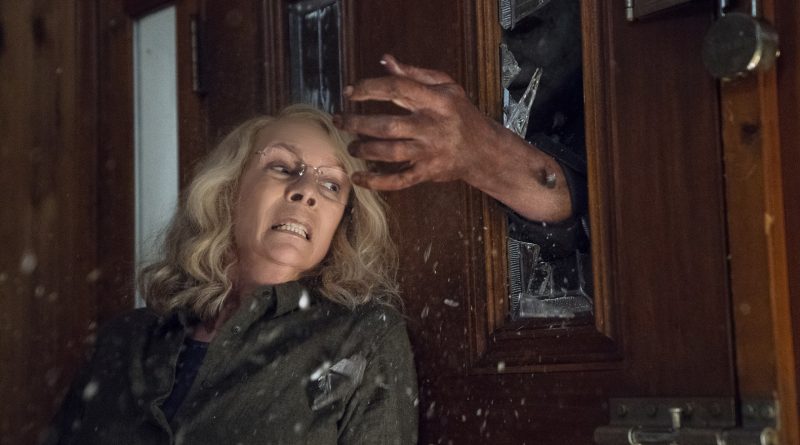 Two-time Golden Globe winner Jamie Lee Curtis returns to Haddonfield, Illinois, and screams new life into “Halloween,” a worthy successor and namesake to the seminal 1978 slasher movie that spawned a long string of lackluster sequels that unfortunately would not die.

The imminently watchable Curtis (“True Lies,” “A Fish Called Wanda”) got her big break playing Laurie Strode, a teenage babysitter who manages to survive the rampage of stoic masked serial killer Michael Myers, in John Carpenter’s original “Halloween.” A direct sequel to the first film, the new “Halloween” smartly ignores the plethora of dull and convoluted entries in between and picks up 40 years later with the promise of a final showdown between Laurie and Michael.

The movie opens with a pair of British journalists – Aaron Korey (Jefferson Hall) and Dana Haines (Rhian Rees) – who want to make a “Serial”-style podcast about the “Babysitter Murders” visiting Myers (played by James Jude Courtney and originator Nick Castle, again credited as The Shape) in Smith’s Grove Sanitarium. The murderer has become an object of fascination, even to his new psychiatrist Dr. Sartain (Haluk Bilginer), because he has refused to speak a word in the 40 years since his capture.

Laurie, a self-described “twice-divorced basket case,” is not fascinated; she believes Michael is pure evil and that shouldn’t be studied or celebrated.

She has turned her rural home into a fortress and arsenal, and years ago lost custody of her daughter because of her grim obsession with self-defense and security. Although Laurie is estranged from her now-grown daughter Karen (Judy Greer) and son-in-law Ray (Toby Huss), she has a special bond with her teenage granddaughter, Allyson (Andi Matichak).

Laurie also is convinced that he will eventually escape and go on another killing spree – and of course, she’s right.

Credited as an executive producer, along with Carpenter, Curtis transforms Laurie from a resourceful babysitter into a fierce survivor. She, Greer and Matichak form a trio of complex and compelling female characters, which are still a sadly rare phenomenon in modern cinema.

The new “Halloween” still has some of the same old slasher-movie problems, including characters who do inexplicably stupid things, an overreliance on jump scares and some sizable plot holes. But in an era of complicated and even prestigious horror movies, it’s also bloody good fun.