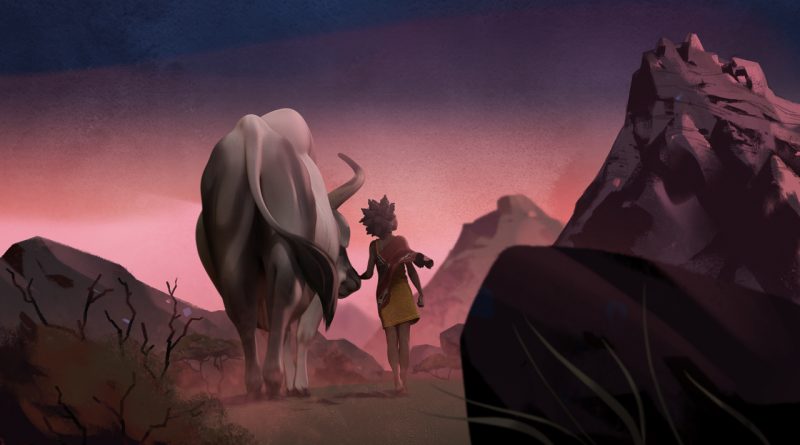 The power of storytelling takes center stage in Amanda and Aaron Kopp’s captivating debut documentary feature, “Liyana.” Following five orphaned children in Swaziland who work with professional storyteller Gcina Mhlophe to turn the often-tragic events of their own lives into an epic tale of survival and hope, this is the kind of film that will leave you smiling through tears. 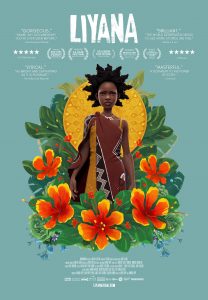 The Kopps mix real-life footage of the orphans and Mhlophe with beautiful still images by artist Shofala Coker that tell the story of the character they create: Liyana, an African girl who must overcome terrible hardship in order to find happiness. All of the challenges Liyana and her family face — abuse, illness, violent kidnappers, trafficking, wild animals, and even death — come from the orphans’ own brief histories.

That fact could easily leave both the children and viewers sad and angry, but instead the overwhelming feeling you get from watching “Liyana” is one of hope. The five orphans are the absolute epitome of resilience; they’ve known so much trauma and hardship in their short lives, and yet their joy in the act of creating Liyana and telling her story is palpable. She is theirs, and her eventual triumph belongs to them.

And the two worlds the film captures — the orphans’ African home and Liyana’s gorgeously rendered environment — are ultimately beautiful, despite all of the pain and tragedy they hold. In each, children eventually find a safe place to call home, welcomed and cared for by people who love them. No story could have a happier ending than that. — Betsy Bozdech

MaryAnn Johanson Liyana is an absolutely lovely and heartening vision of the power of story to help children cope with trauma, overcome their fears, and find hope in a world that has been too harsh to them. I love that it’s a girl’s journey through which they find that succor: hooray for the power of brave girls!

Loren King Liyana is an innovative blend of documentary and animation that tells a moving story of resiliency and the power of imagination. Read full review.

Marilyn Ferdinand: Documentaries, often still thought of as boring classroom lectures by talking heads, have found new ways of telling stories. Liyana is not your parents’ documentary. It isn’t the first to use animation, but its animation is certainly the most beautiful and most seamlessly integrated with the larger story it is telling. First-time directors Amanda Kopp and Aaron Kopp focus on a group of children at an orphanage in Swaziland who are engaged by storyteller Gcina Mhlophe in creating a story about a girl named Liyana who goes on a hero’s quest. The Kopps interview the children about Liyana’s adventures, each episode of which is drawn by Shofela Coker and brought to life in limited animation by Stefan Nadelman. By creating their own story, these children, many of whom were orphaned due to AIDS, find a way to process their grief and trauma, give voice to their fears, and concede that not every story has a happy ending but that they will try to make their way to a better life somehow. Liyana is suspenseful, exciting, and extremely moving. It’s one of the year’s very best.

Jennifer Merin Liyana is the debut documentary feature from filmmakers Amanda and Aaron Kopp, well-known for their award-winning cinematography on previous projects such as Kirrby Dick’s The Hunting Ground. Set in Swaziland, the documentary follows five orphaned children who are guided by renowned South African storyteller, Gcina Mhlophe, to explore/relive their deepest fears and darkest memories and to express their hope for the future by creating the tale of Liyana, a fictional girl character whose life story is presented in the film in artist Shofala Coker’s exquisite drawings. Profound and poignant, the documentary affirms the value of story and storytelling as emotional relief and an element in healing for those who’ve been traumatized — the five children followed in this film and, by extension, the survivors of war, rape, genocide, drought, starvation, extreme poverty and other disasters around the globe. Movies can matter. Liyana clearly does.

Cate Marquis In lesser hands, this documentary could have been something simple and too sweet, but Aaron Kopp, who grew up in Swaziland, and his wife Amanda, wisely let the children’ express their darker thoughts as well as the hopeful ones. In the end, this uplifting film illustrates the healing power of storytelling and the resilience of children. Read full review.

Esther Iverem In Liyana, the lived experience of orphaned children in Swaziland mixes with imagination and Hollywood adventure to create a story of healing that makes the global village a little smaller. A special shout out for the fierce animation artwork by Shofela Coker.

Sandie Angulo Chen Liyana is a beautiful film about the way storytelling can empower, heal, and reveal truths. Husband-and-wife documentarians Aaron Kopp and Amanda Kopp chronicle how award-winning storyteller Gcina Mhlophe works with orphaned children growing up in a Swaziland (where Aaron grew up) to create an original story of the kids’ creation. Then, Nigerian-born artist Shofela Coker animated the children’s story about protagonist Liyana, who must save her little twin brothers from violent kidnappers prepared to sell the boys into child slavery. The children’s ideas blend in their own bleak pasts (an alcoholic and abusive father, parents dying of AIDS, thieves who steal and rape) with Liyana’s fairy tale, which the kids take turns retelling as the animated story-within-a-story appears on screen. Liyana’s tale (like her creators’ lives) is heartbreaking but also hopeful, reminding viewers of the power of a good story.