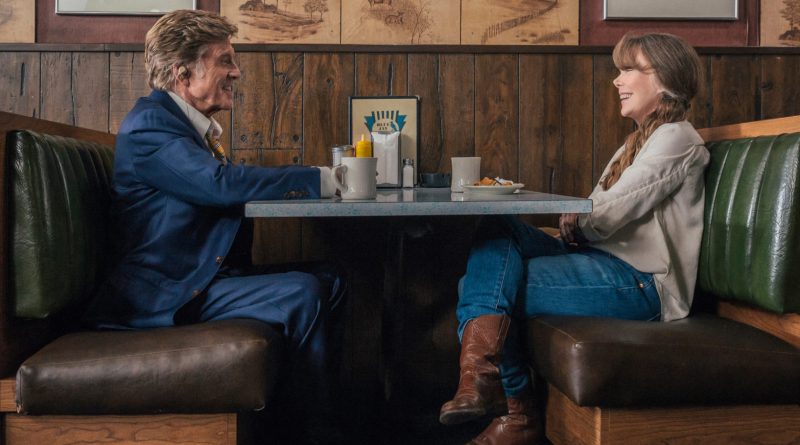 There’s something deliciously droll about the notion of Robert Redford, who famously played a con man in “The Sting” and an outlaw in “Butch Cassidy and the Sundance Kid,” announcing that he will mark his retirement from acting with “The Old Man & the Gun,” a true-life tale of a lifelong thief who can’t quit the grift.

Although it almost makes me hope that the twinkle-eyed Hollywood icon is trying to trick us, “The Old Man & the Gun” would admittedly make a fitting farewell to the on-camera career of the legendary actor, director and producer.

Redford, 82, unleashes his celebrated and considerable charm on the role of Forrest Tucker, a real-life career criminal with a flair for brilliantly audacious bank heists and prison escapes. Written and directed by David Lowery (the live-action “Pete’s Dragon,” “Ain’t Them Bodies Saints”), the film is based on a New Yorker article by National Book Award finalist David Grann.

Set in the early 1980s, the movie opens with Forrest, who is in his 70s and fresh off a bold escape from San Quentin State Prison, pulling off another of his clever bank robberies: Wearing a conservative suit, fake mustache and a police scanner that can pass for a hearing aid, he politely asks for the manager, subtly flashes his gun and walks out with his leather satchel full of cash.

When he spots a stranded motorist on the side of the Dallas highway, Forrest sees an opportunity to ditch the chasing cops by pulling over and pretending to help. But the woman peering under the hood of her broken-down pickup truck turns out to be Jewel (Sissy Spacek), a quietly luminous widow about his age. Smitten, he asks her to lunch at a diner, and the two silver-screen idols – who surprisingly have never co-starred in a movie before – have exquisite chemistry.

Sometimes teaming with his longtime cohorts Teddy (Danny Glover) and Waller (Tom Waits), Forrest continues his impressive run of bank robberies across the Heartland, while pursuing a lovely golden-years romance with Jewel.

But Forrest’s lucky streak hits a snag when he pulls off one of his bank heists while discontented police Detective John Hunt (Casey Affleck) is waiting in line with his young son. Hunt starts to obsessively pursue the courtly criminal and his Over-the-Hill Gang, even as he grows to grudgingly respect the wily old crook.

Although it doesn’t have the dramatic intensity of some of Redford’s famed films like “All the President’s Men,” “Jeremiah Johnson” or “Three Days of the Condor,” the caper takes full advantage of the actor’s keen yet casual charisma.

Lowery isn’t afraid to press that advantage, either, with film’s period aesthetic calling to mind Redford’s acting heyday in the 1970s and ‘80s. It’s lovingly shot on 16mm film and even features a flashback that is actually a clip of a much younger Redford from the 1966 movie “The Chase.”

Whether Redford sticks to his decision to retire from acting or not, “The Old Man & the Gun” is another fine adventure for the Hollywood golden boy.