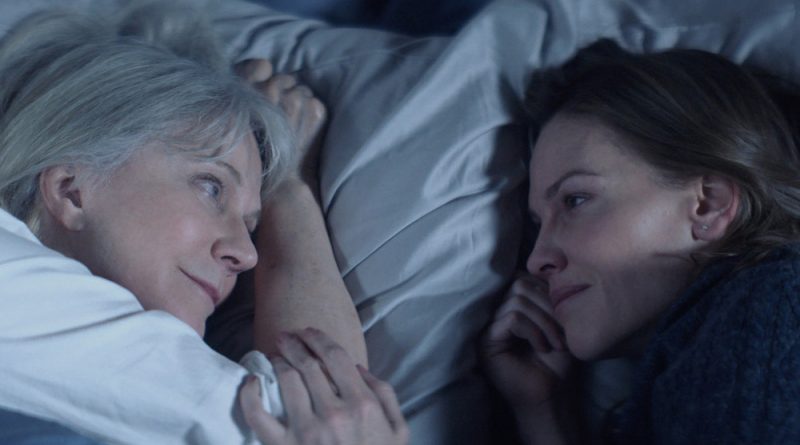 What They Had draws a moving and remarkably accurate picture of the challenges grown children face when a parent has Alzheimers. It is a crisis increasing number of families will face with a disease that only ever gets worse. Writer/director Elizabeth Chomko drew on her own family’s experience for this family drama that is boldly truthful as well as engrossing.

While Still Alice (2014) presented the experience of someone slipping into dementia, What They Had presents the first-hand experience of the family. As Ruth, played with both charm and startling realism by Blythe Danner, slips further into her own world, her daughter Bridget (Hilary Swank) and son Nick (Michael Shannon) must decide what to do for their mother, and persuade their father Bert (Robert Forster) to let go of the day-to-day care of his beloved wife. Giving up caring for Ruth means the end of their life together.

Packed with fine performances, the film is part love story between Ruth and Bert, family drama exploring the complicated relationships and family dynamics, and part drama focused on a growing problem for families. There are moments of sweetness, others of confrontation and even touches of humor in the midst of the tragedy.

Blythe Danner is superb as the mother suffering from Alzheimers but she is not part of the struggle to decide what to do. Forster is bossy and stubborn where his children are concerned, clearly in denial and insisting her can still handle his wife’s care. Yet with Ruth he is all sweetness as they gently tease each other. Swank as daughter Bridget is reluctant to confront her father, in part because what he would have to give up, but living out-of-town, does not have the same grasp on her mother’s mental state as her brother who lives nearby. As Nick, Michael Shannon is the voice of the hard-eyed realist who sees the danger in his mother’s periods of wandering and vanished judgment. As the one who gets the late night emergency calls, Nick is frustrated and very aware of how bad it has gotten, even if his Dad won’t admit it.

The film follows this family as they come to grips with the changes that must be made, as they help Dad let go of what they had.