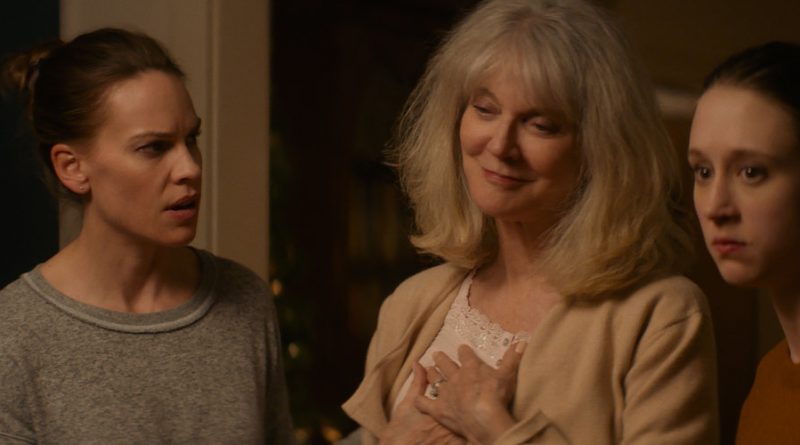 Pangs of authenticity fill Elizabeth Chomko‘s debut feature What They Had and with good reason. Chomko based her film on her own experience with her grandmother’s dementia and the home movies we see in this tender family drama belong to her. The family dynamics and emotional push-pull in Chomko’s story of how various family members deal with the reality of Alzheimer’s Disease has a truthfulness that feels earned.

Hilary Swank represents the “sandwich generation” as Bridget, the high-achieving daughter who, with her own rebellious, college-age daughter in tow, hops on a plane to Chicago at Christmas after a late night phone call from her brother Nick (Michael Shannon). Their mother Ruth, who has dementia, has disappeared and their father, Ruth’s husband and caregiver Burt (Robert Forster), is frantic.

Ruth turns up unscathed but the crisis sets the stage for a family rift. Nick, who’s been shouldering the care-taking burden, has pulled some strings to get Ruth a placement at a memory facility with a nearby assisted living unit for Bert. But Bert is adamant that Ruth deserves to be cared for by the person who knows and loves her most. Bridget, who hasn’t been home much, has to tread lightly: her brother demands her support but she’s struggling to accommodate her father’s insistence that he continue to care for Ruth in their home. On top of that, Bridget is unhappy in her marriage and longs to connect with daughter Emma (Taissa Farmiga) who is struggling with issues of her own.

There are contrivances and trite moments but there are also touching scenes that address the complexities of memory loss: the loving but controlling Bert colors his wife’s grey roots and reflexively fills in the blanks in her memory. Ruth melts into embarrassed laughter when, in front of her children and granddaughter, she mistakes a stapler for a telephone.

What They Had is directed conventionally and there are some short-cuts in the script that leave some characters and plot lines under-developed. But Chomko shows skill with her actors. The always solid Shannon and Swank convey believable sibling love and rivalry with humor and heartbreak. But it’s Danner and Forster, two seasoned pros working at top form, who create the kind of lived-in relationship, full of the wrinkles of time and the ache of loss, that’s too rarely depicted on screen.