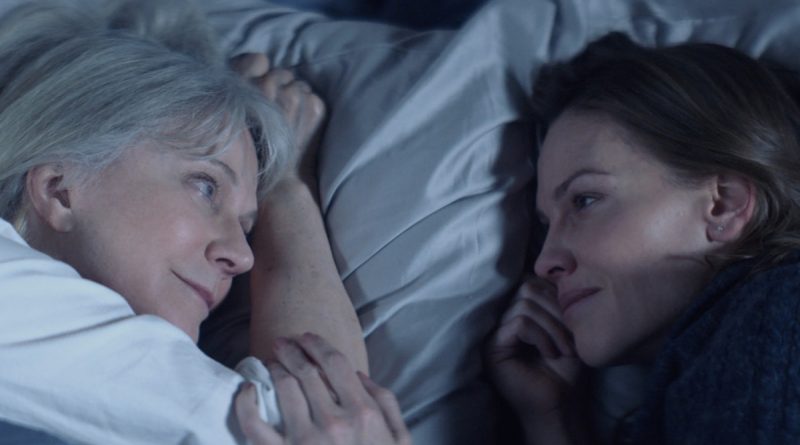 Writer-director Elizabeth Chomko’s debut film is a simultaneously sharp and tender portrait of longstanding, interconnected family squabbles and hidden resentments that finally come to a head with a near-tragedy. Bridget (Hilary Swank) rushes home to Chicago when her mother, Ruth (Blythe Danner), wanders off one snowy night: Mom’s in the late-middle stages of Alzheimer’s, sometimes coherent, more often confused and lost in the past. She turns up hours later, just fine, but this is the last straw for Bridget’s desperate brother, Nick (Michael Shannon), who’s been holding down the familial fort while their father, Bert (Robert Forster), refuses to acknowledge that it’s time for Ruth to move to a nursing home where she can get the support she needs. Bridget has power-of-attorney, but will she use it to override her father’s wishes?