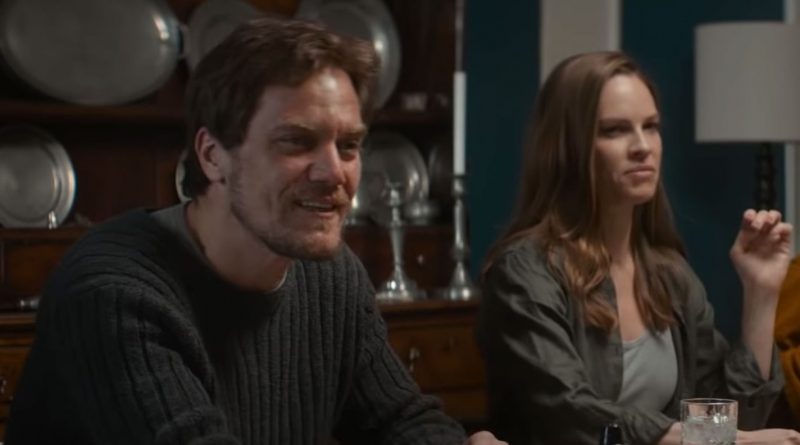 “Grandma drank the holy water,” says Taissa Farmiga’s moody college student. “At least she’s hydrated,” says Michael Shannon as her uncle who laughs mostly to keep him and the audience from crying. That first-time filmmaker Elizabeth Chomko can pull off this sort of humor in a movie that revolves around the evil disease that is dementia is a feat achieved primarily based on the strength of her casting choices.

With What We Had, we must believe the family first before we are swayed by a script based on Chomko’s personal story. Why no one before has bothered to cast Shannon, more often than not a disagreeable type, and Hilary Swank, rarely hired for anything these days, as adult siblings is a mystery. Also befuddling is why more films don’t feature the likes of Robert Forster (so good in Jackie Brown and on Breaking Bad) as a crusty, no-nonsense military vet and devoted Catholic who is hell-bent on providing for Blythe Danner as his Alzheimer’s-suffering wife of many decades without resorting to outside assistance. But when mom goes toddling down the road and into the dark during a Chicago snowstorm in just her nightgown and a jacket, it is time for the family to convene.

Unlike the far more honest depiction of what memory loss does to a long union in 2007’s Away From Her, this drama’s beats will feel familiar to most middle-agers who face such decisions with their elderly parents. The one thing Chomko gets so right is how hard it is to acknowledge that maybe your adult kids do have your best interests at heart. To surrender control is as often as hard as not being able to breathe. She allows Forster’s Burt one foolish yet essential humanizing whim – he trades in his sensible Camry for a vintage convertible whose top is not quite operable in the winter weather. His excuse? That he is 75. That is as good as any.