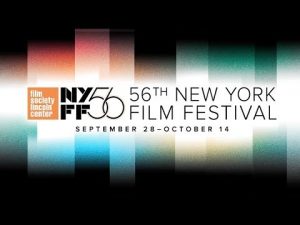 NYFF is always reliable in bringing us meaty roles for women. This year’s notable roles include festival staple Juliette Binoche and a woman who I feel often goes underappreciated for her talents, Regina King. I must preface this article with my yearly disclaimer that I missed a few titles that I know had phenomenal performances attached to them. So to Wildlife, Roma, and Cold War, you are not intentionally being ignored. That being said, these 10 roles and the actors that bring them to life should be celebrated.

OLIVIA COLEMAN in The Favourite 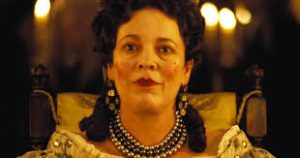 As a fan of Olivia Coleman’s from the BBC  Broadchurch, I was as absolutely delighted to find that she would be starring in this much anticipated opening night film. As Queen Anne, she is over the top and damaged, funny and genuine. Her ever-changing physicality is a true testament to her endless ability to be a chameleon. I am beyond excited for her appear in Season 3 of The Crown on Netflix.

RACHEL WEISZ in The Favourite 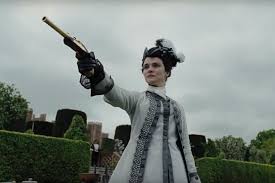 Something about Rachel Weiss’ presence on the silver screen captivates me each time she appears. Weisz has a way with using her gaze to draws you in toher realm, no matter the varied qualities and circumstances of each of her characters. In The Favourite, she is commanding, demanding, and frightening, but somehow through the course of the film, she becomes pitiable. Her bold choices in roles are a cinephile’s dream and this compelling period persona is no exception.

EMMA STONE in The Favourite. 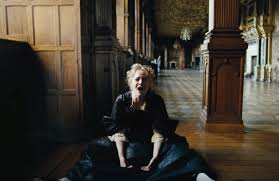 Emma was not someone I thought of as award-worthy until Birdman (which I still believe she should have won the Oscar for). What she does with this role is use her romcom experience to shake up the structure of underhanded conniver. She is funny and nutty yet loathsome at moments. All compliments, I assure you. This is a departure for her in the best and weirdest way possible. The Duchess of Marlborough (Rachel Weisz), and her servant (Emma Stone) engage in a sexually charged fight to the death for the body and soul of Queen Anne (Olivia Colman) at the height of the War of the Spanish Succession in Yorgos Lanthimos’s wildly intricate and very darkly funny new film. 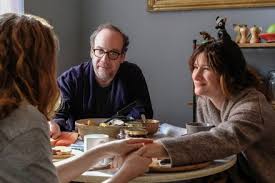 Funny lady extraordinaire uses her drama chops to prove she’s a multidimensional wonder woman. Fertility and marriage are on the block in very real and raw ways. Hahn is brilliant in each moment as the viewer rides an emotional rollercoaster alongside her character. She deserves all the nominations for this. Kathryn Hahn and Paul Giamatti are achingly real as Rachel and Richard, a middle-aged New York couple caught in the desperation, frustration, and exhaustion of trying to have a child. Tamara Jenkins’s first film in ten years is by turns hilarious and harrowing. 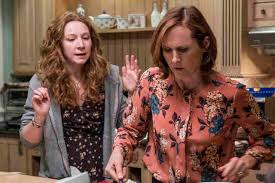 There is something completely new and unexpected in this performanceby Molly Shannon. We are used to customary slapstick and oftentimes raunch-tinged wit from the actress. And, until her performance in year’s performance in Other People, she would not have come to mind for a role like this. I’m so glad Tamara Jenkins saw what I saw last year. Playing a Westchester SAHM, the role could have easily been cliche, but the depth and sadness that Shannon brings to it make the character and story something all too relatable.

As a doctor and prisoner on a spaceship in the future, Binoche is passionate and overzealous in her personal mission to create new life on the ship. She is animalistic at times and like a dictator others. An absolute sexual predator in more than one way, it’s a deeply complex role that will have you talking. Claire Denis’s latest film—which features some of the most unsettling passages Denis has ever filmed, as well as moments of the greatest delicacy and tenderness—is set aboard a spacecraft piloted by death row prisoners on a decades-long suicide mission to enter and harness the power of a black hole. 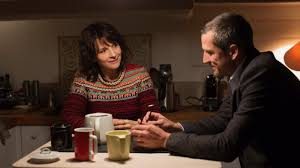 . In a completely opposite role from High Life, Binoche is an actress and wife of a publisher. She is clearly well read, challenging the millennial generation in their attention span and making fun of American politics. She thrives in the fast-paced, quippy dialogue. Comfortable as ever in her own beautiful physicality. She is humorous and ironic. When Binoche appears in a film, you’re pretty much guaranteed quality cinema. Set within the world of publishing, Olivier Assayas’s new film finds two hopelessly intertwined couples—including Guillaume Canet’s troubled book executive and Juliette Binoche’s weary actress—obsessed with the state of things, and how (or when) it will (or might) change. 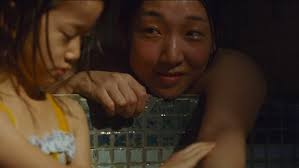 Navigating this complex role is something so huge for someone so young. The level of comfort in her skin is astounding adding a layer of boldness that has to be experienced to be explained. This performance is so nuanced it will blow you away once the credits roll. Being a part of this perfect ensemble is a gift unto itself and Ando most certainly rises to the occasion.
Hirokazu Kore-eda’s Cannes Palme d’Or winner is a heartrending, profoundly human portrait of a most unusual “family”: a collection of societal cast-offs united by petty crime and a fierce love for one another.

REGINA KING for If Beale Street Could Talk 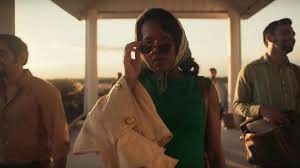 A mother’s love is nothing to be crossed. It knows no earthly bounds. King once again proves that tackling heavy subject matter is her forte. She makes the most emotionally wrought situations feel real. Her poise under pressure knows no bounds and in this role as a mother who takes it upon her shoulders to track down her son-in-law’s false accuser, she is a pillar of power all while remaining most vulnerable. Barry Jenkins’s follow-up to his Oscar-winning Moonlight is a carefully wrought adaptation of James Baldwin’s penultimate novel, set in Harlem in the early 1970s. Jenkins’s deeply soulful film stays focused on the emotional currents between parents and children, couples and friends. 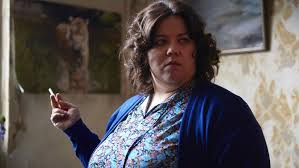 Smith is phenomenal is the titular role as Liz. Knowing that the vignettes portrayed are based on true events will make you queasy. The larger than life character is at times downright disgusting. You will find your jaw on the floor. Ella Smith takes on a role that spans years like a pro. She absolutely owns the screen to the discomfort of the viewer. She has you rooting for her downfall. If that does not spell complete success in a role, I’m not sure what does. Not a second of this electrifying debut doesn’t feel 100% rooted in personal experience. English photographer and visual artist Richard Billingham’s film is grounded in the visual and emotional textures of his family portraits, particularly those of his deeply dysfunctional parents.