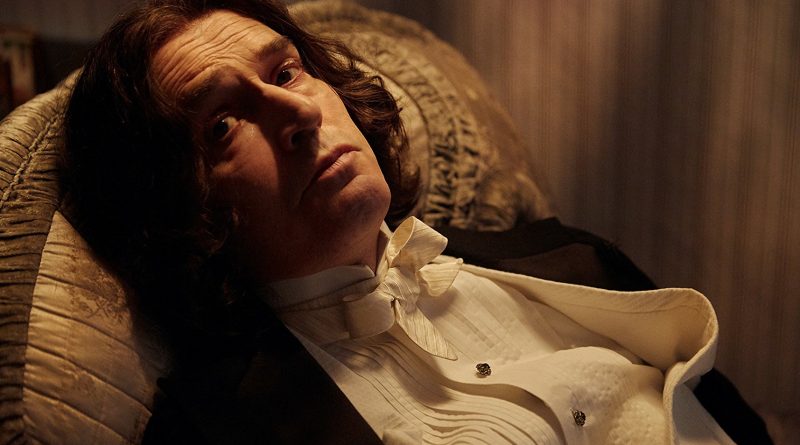 The Happy Prince takes more than it gives. Oscar Wilde — bon vivant, playwright, addict — published a collection of short stories for children in 1888. Included among the five is The Happy Prince, which serves in voice-over as ironic bookends for Rupert Everett’s homage to Wilde’s last days on earth, not one of them pretty, except in retrospect.

Unlike the more biographical version effected by Stephen Fry 11 years ago in Wilde, “The Happy Prince” covers only those last years when Wilde depended on the kindness of strangers. He arrives on the scene in Paris without a sou. He is burdened not just with addictions to cocaine, absinthe, and boys, but also with the reputation of a man having been thrown into jail for gross indecency, which is to say, for being a homosexual in the last, so-called “Mauve,” decade of the 19th century.

Wilde is also still addicted to Lord Alfred Douglas, the butcher to his sheep, as Wilde wordplays him. Bosie is played brilliantly by Colin Morgan, one among a supporting cast that provides exquisite cameos. Included are Emily Watson as Wilde’s well-named wife Constance, Colin Firth as Reggie (Firth starred with Everett in Another Country), Edwin Thomas as Robbie, Wilde’s true friend, and Tom Wilkinson, so definite as the priest (Wilkinson was also in Wilde).

But the chief player in The Happy Prince is Rupert Everett, his dark script, nearly bare of Wilde’s famous wit, outstripped by his acting. Not by his directing: about two-thirds of the way through, sympathy for the poor boy wanes. John Conroy’s cinematography excels at candlelight, snow light, and gaslight. Despite everything, however, Everett tells an important story about a wild man born too soon, for not until 2017 did the United Kingdom issue 25,000 posthumous pardons to its homosexuals.