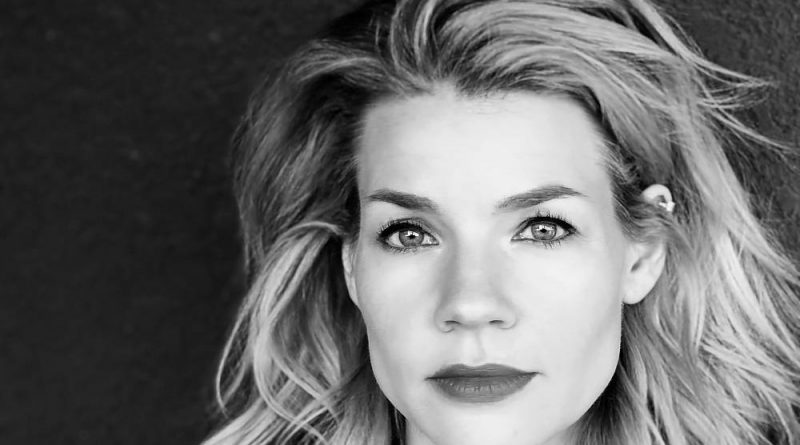 First-time writer/director Elizabeth Chomko is an actress, so she has developed a strong sense of story, tone, and pacing as a performer. Her film What They Had was inspired by her family’s experiences when her grandmother developed dementia, and her Nicholl Award-winning script shows a deep understanding of the loss, fear, devotion, and, yes, humor of long-term caregiving for someone whose memories, so vital to relationships and family connection, are fading.

Blythe Danner plays Ruth, who as the film begins wanders off one snowy night, trying to get back to her girlhood home. Hillary Swank and Michael Shannon play her adult children, who do not always agree on how to care for her, and Robert Forster plays her loving husband, who insists that she must stay at home.

In an interview, Chomko talked about filming in Chicago, what her grandmother’s experience taught her, and how working with support programs for first-time filmmakers at Sundance helped shape her work without taking away from her own vision.

Nell Minow: I’m from Chicago, and I loved the way you created a real sense of place, not just the same stock images we always see.

Elizabeth Chomko: I grew up Chicago too. I left when I was 14 and so when we moved away with my family. We ended up in northern California but my heart has always belonged to Chicago. I always wanted to go back and reconcile that peace of home and so in a way this was that. And writing it was like being in Chicago again with my grandparents, like being a kid again. It was just a beautiful thing and it was very important to me to then shoot it there because I wanted that regional specificity. I just felt like the more specific we can make this story the more successful the tone will be.

My producer, Bill Holderman, was also from Chicago. We flew to Chicago in 2015 on the day after Christmas and we spent three days with a cameraman basically, shooting as much as we could get just shooting all of that, the Merchandise Mart with the Christmas decorations and all that. It was just important to me to have it feel like this love poem to my hometown.

NM: You have said that this movie is about memory. Can we still be ourselves without our memories?

EC: From watching my grandmother pretty closely go through the 17-year process of from Stage 1 to Stage 7 when she died of Alzheimer’s disease, a regression until you lose the ability to remember to eat, she was always the same person, she always had the same spirit even when she lost her ability to communicate, even at the very end when she was on her deathbed and my uncles and my mother we were all there and she died in our arms, she was still that same spirit and she never lost that person that she was. That was what I was terrified of, losing her completely and her becoming this sort of shell, and she never did, she really never did. She handled it with grace and a sense of humor. She was cracking jokes even when she couldn’t really make sense out of words. When she lost her memories, my grandmother suddenly felt more like a child because she lost any trauma that she had gone through. So it’s a fascinating thing. When I was able to engage my grandmother just as where she was and not try to put any pressure on her judgement on it, it was like it was when I was a kid and she was okay.

NM: You really show what it is like to be a caregiver, the relentlessness and isolation.

EC: Right, and you can’t really be upset with a sick person; you can’t be mad at them for this. I think it’s challenging when the last years of your loved ones’ lives are sometimes really stressful. I think a lot of people are really afraid of talking about death. As a society we’re so youth obsessed. I think death is one of the great mysteries of life. I’m a believer in energy and energy cannot be created or destroyed.

NM: What did you find most helpful in being a part of the incubator program at Sundance?

EC: The Sundance Institute is an astonishingly wonderful environment and support system and community. They have a number of different programs in producing, composing and editing and documentary filmmaking, and they have a screenwriters’ lab every January. They just are very good about nurturing voices, the next generation of independent filmmakers.

Their process is you come in with a draft — you have to get in with a script that’s worthy, whatever they determine that by, and then you get a series of meetings with people that are really your heroes who have read your script and are here to give you feedback and just have a dialogue about where you are at with it and what you want to do with it. It’s great because you have six of these within this space of like five days and it’s overwhelming because everyone is very passionate and has their own opinion but they’re all very different.

They all have different backgrounds; some are directors, some are novelists, there are a lot of writers of course but you can really get whatever the story needs, whatever the script needs and the project needs whether someone tells you this is an impossible thing, but here’s how you can accomplish that; let’s brainstorm what you’re after; and how I can help you? Or it is about narrative beats and structure and character and whatever.

Then they’re there if you need an editor or you need the certainty of a grant and things like that and they just continue to support you and the project through the rest of its life. It’s a wonderful community to be part of and I’m very fortunate to have had that.

NM: It is interesting that you studied playwriting and then moved to screenwriting.

EC: I think starting with writing plays helped me write a movie that I could actually make. I tried to keep the restrictions of playwriting like you really don’t want to have a lot of sets, the simpler the better. If you can tell a good story in one room that’s something you can afford. So I tried to kind of keep that economy and that really paid off with the shoot because we only had 22 days. Really, the lifesaver was that condo being able to shoot there for 12 days and not have to move the crew and the trucks and this camera equipment. Company moves eat up your day so that was really helpful. The first draft it was much more like a play and a lot of those rewrites were about finding the cinematic version of whatever story beat I had written as dialog or as exposition. And then in the editing room you realize things that you had to write, your actors’ face will just say it all. You need to have the lines so they know the intention but you can cut because you didn’t need it; it’s been done already by the great actor.

EDITOR’S NOTE: What They Had is AWFJ’s Movie of the Week.