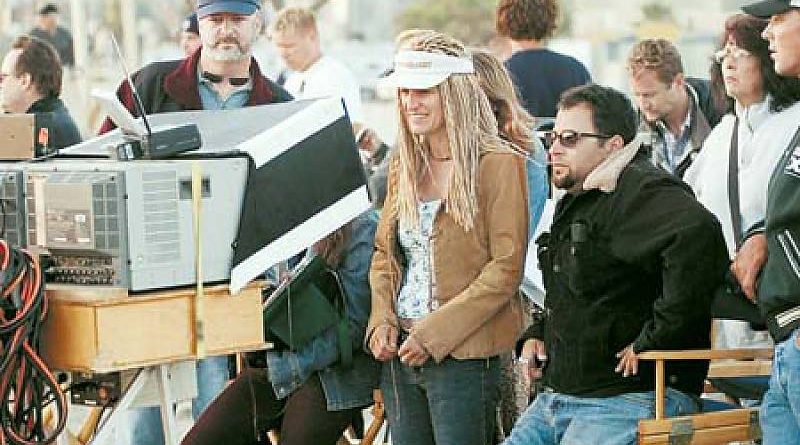 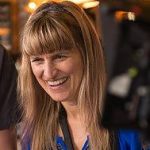 This year marks a number of significant anniversaries for filmmaker Catherine Hardwicke, one of the most well-known and hardworking women directors in the business. 2018 marks both the 15th anniversary of the release of her debut film Thirteen and – in November – the 10th anniversary of one of the hugely successful supernatural romance blockbuster Twilight, granting a perfect reason to focus on Hardwicke’s career more broadly as this month’s Spotlight.

Hardwicke was born in Texas in 1955 and initially studied architecture at the University of Texas in Austin. It was here she further developed her keen eye, which lead to an initial interest in production design, one of the many skills in filmmaking she has successfully mastered alongside directing and writing. The intense indie drama Thirteen took the world by storm in 2003, winning the director the Sundance Film Festival Dramatic Directing Award, and Oscar and Golden Globe nominations for Holly Hunter for Best Supporting Actress, and Evan Rachel Wood a latter for Best Actress.

Wood starred as Tracy Freeland, who alongside Nikki Reed’s Evie Zamora is one of the two thirteen-year-old girls of the films title. The film follows the often-shocking experiences of the girls as they come to grips with the reality of the world they live in, with sex, drugs, self-harm and crime all offering new experiences the girls must navigate.

Famously co-written by Hardwicke and the teenage Reed – who had developed a very close relationship – Hardwicke has said that even today, the impact of the film still touches people. “Evan Rachel Wood and Nicky Reed and I get a lot of comments on Thirteen still – pretty much every week of our lives – because it was so raw and so real for Evan and Nicky, it touched so many nerves around the world.”

The impact of the film extended far beyond the United States, also. “Margot Robbie – the Aussie actress – approached me to direct a pilot for her because she said Thirteen really touched her and her girlfriends’ in Australia”, Hardwicke said. “Around the world, people say ‘this is our story’; in Greece, in Sweden. When you tell something that raw, it can really resonate.”

From Thirteen to Twilight: Dogtown and The Nativity Story

In the five years between Thirteen and Twilight, Hardwicke continued to develop her filmography with a number of likewise memorable film projects. In 2005, she brought the story of professional skateboarder and surfer Stacy Peralta – linked closely to the legendary Z-Boys surf and skate team – to the screen in the biopic Lords of Dogtown, based on Peralta’s own script.

Hardwicke again worked with Nikki Reed on the project, and Lords of Dogtown saw her collaborating with actors of the calibre of Heath Ledger, Emile Hersche, and Rebecca De Mornay. Despite initial tepid reception, Lords of Dogtown has developed a strong cult film reputation and was included in Empire Magazine’s 2008 list of The Greatest 500 Movies of All Time. 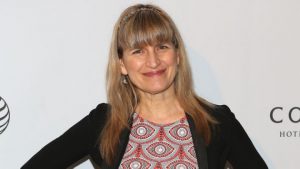 Filmed in Italy and Morocco, Hardwicke’s 2006 film The Nativity Story was the first film to premiere in Vatican City and would tell the story of the birth of Jesus in a film starring Keisha Castle-Hughes as Mary and Oscar Isaac as Joseph.

Released in December 2006 to coincide with the Christmas season, The Nativity Story film was commended for its emphasis on the human drama of Mary and Joseph’s situation and the realism granted to the depiction of their relationship. Beginning Mary’s story when she was 12-years-old, like the majority of Hardwicke’s films the experiences of young people – especially young women – are the subject of her empathetic attention, her telling of their stories never patronizing or dismissive despite their youth.

While Thirteen garnered acclaim around the world, little could prepare Hardwicke for the success of Twilight. Grossing over $400 million worldwide, part of the film’s power lay in the casting of its two leads, Kristen Stewart and Robert Pattinson. Despite their career breakthroughs exploding out of the success of the hugely popular YA supernatural romance film, they have since defied expectations and each developed impressive careers in less mainstream indie and arthouse fare.

This comes as little surprise to Hardwicke, reflecting on the film’s origins. “For us, Twilight was an indie film. At that moment – and it’s hard to imagine this – no studio wanted to make it…and so we had a modest budget for that type of film and we didn’t expect it to turn into this crazy-ass blockbuster”. She continues, “So Kristen and Rob, I knew they were indie kids. They loved interesting alternative music and books and everything, they were nothing like the big blockbuster Disney kids. I guess I would have always thought they would make very interesting choices. I’m so happy that they have!”

Likewise, if the reach of Thirteen was global, the international appeal of Twilight – even today, ten years after its initial release – still impresses Hardwicke. “We went back to where we filmed the Twilight diner and they didn’t change anything, what we put on the wall, everything – and when we were there we met three Twilight fans from Sao Paolo. We then went to the Twilight house – which turns out to be an architectural icon now, one of the most Instagrammed houses of all time – and there were eleven people from Guam who were Twilight fans visiting when we went there randomly last week. It’s incredible!” 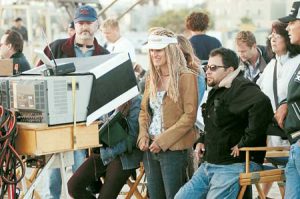 Moving from The Nativity Story to Twilight, the explosion of popular and industry attention on Hardwicke with the success of the latter made her future moves the subject of mass speculation. When it was announced she would not be continuing with the Twilight franchise, there was immense pressure on what would follow. That project was the big-budget gothic fairy tale romance Red Riding Hood in 2011, starring Amanda Seyfried and Gary Oldman, and with producers including Leonardo DiCaprio. Despite the lack of critical support, the film was regardless a success at the box office.

Like Twilight, Hardwicke was drawn to the longevity of the folktale aspect of the material. “Why has this story endured and the Red Riding Hood tale in so many cultures all around the world, like the werewolf and the vampire myth? What is it that makes these things resonate for people?”. Answering her own question, she noted “I think it’s this fear of being lured into the woods and being tricked and seduced. All those themes are very rich, and of course my background as a production designer and architect and artist meant I was able to create a whole village inspired by Northern Russian architecture, with very dense woods, building that whole village in Vancouver and going out to the gorgeous landscape to make it unnatural.” Despite often negative critical responses to the film, Hardwicke found it artistically very fulfilling. “To me it was a dream come true, to get to create a whole world.” 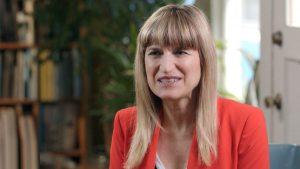 Similarly, the subject of obsessive fandom at the heart of Plush was something Hardwicke had experienced up close. “I had seen these first-hand uber-passionate Twilight fans that really went to the extreme: on opening night in Austin at the midnight screening of the first Twilight, I had a woman faint in my arms just because I was there at the theatre – I’m not even Rob Pattinson!”.

Miss You Already and Beyond 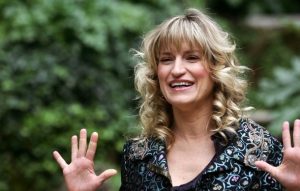 In 2015, Hardwicke would take another intriguing career turn by directing the romantic comedy Miss You Already, starring Toni Collette and Drew Barrymore as best friends facing Collette’s character Milly’s breast cancer diagnosis. Based on a radio play by comic and Peppa Pig voice actor Morwenna Banks inspired by a real-life experience that impressed Hardwicke greatly, the British production premiered at the Toronto International Film Festival, where the high quality of the performances were widely celebrated.

That same year, Hardwicke directed two music videos – The All-American Rejects There’s A Place and, more interestingly Lady Gaga’s Til It Happens to You. The latter song was from the soundtrack of Kirby Dick’s powerful 2015 documentary The Hunting Ground about sexual violence in American colleges, and in her music video Hardwicke uses stark black and white photography to provide powerful, raw vignettes about young women experiencing similar trauma. 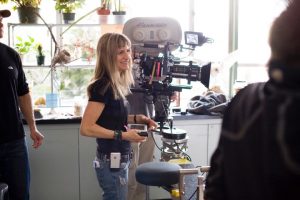 Currently slated for an early 2019 release is her next feature film, a remake of Gerado Naranjo’s 2011 Mexican drama Miss Bala. A long-time vocal critic of the gender inequalities facing women in the screen industries, she acknowledges there has been an important shift in discourse facing questions of gender imbalances over the last year, particular in light of the rise of the #MeToo movement.

Hardwicke has seen both positives and negatives for women creatives in this new climate. “I just directed for Sony an action movie that’s pretty bad-ass starring Gina Rodriguez called Miss Bala, so some people are talking the talk and walking the walk”, she said. “They talked about hiring a woman for that movie and they did. They stood by me, and we did a whole bad-ass movie with a female Latina lead.”

“On one hand, I’ve seen a lot more people trying to reach out to me and other filmmakers saying that they know that this movie should be directed by a woman because it’s a female lead and so they’re making it accurate”, she continued, but noted that there is still a lot of work to be done. “We’ve made some progress”, she says, “but it’s a very jagged saw blade, a little progress here, a little bit back. We’ve got a long way to go I guess, there’s no question about it.

As this month marks the tenth anniversary for Hardwicke’s indie blockbuster Twilight, we honor this ever-indie filmmaker’s varied and exceptional filmography, and look forward to her future projects.“We’re doing development on ten little projects right now, watering all the little plants in the garden as we speak!” 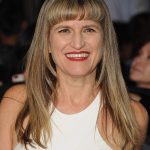 If her career as a feature film director over the last fifteen years is anything to go by, there is little doubt that Hardwicke’s flowers will continue blooming in continuity.