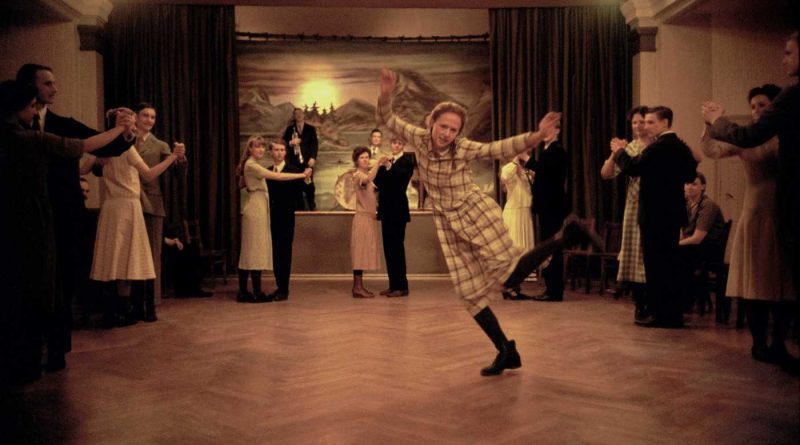 Whether you are a fan of the beloved Pippi Longstocking tales, or know nothing about them or their author, Astrid Lindgren, Becoming Astrid is a welcome introduction.

Danish director Pernille Fischer Christensen crafts an incisive, engaging portrait of the artist as a young woman, focusing on her formative years before she became an acclaimed children’s author. Young Astrid Ericsson, played by the terrific Alba August (daughter of director Bille August and his actor/director wife, Pernilla August), is lively and opinionated in her large, loving, hard-working, church-going family in 1920s rural Sweden. It’s not hard to imagine her as the woman who will, in the 1940s, invent stories about a rambunctious, super strong girl with long red braids who often makes fun of the pompous adults around her.

On the strength of one of her essays, Astrid at 16 becomes an intern at the local newspaper. The editor, Reinhold (Henrik Rafaelsen), is impressed with her and gives her many assignments; eventually, he also sleeps with Astrid and she becomes pregnant. Despite their age difference and his clear overstepping of boundaries, there seems to be genuine love and respect between them even though he’s not yet divorced. It may be Sweden, but it’s still the 1920s and, fearing scandal, her family and Reinhold urge Astrid to go Stockholm to have the child and also study to be a secretary.

While her son, called Lasse, is being cared for in Denmark by a kind local woman, Marie (Trine Dyrholm), Astrid gets a job as a secretary where her intelligence and spark is noticed by her boss, Sture Lindgren (we know where it’s headed, even though the film ends before they’re married). Fed up with Reinhold’s weakness and wavering, Astrid sends him packing and now must support herself. Christensen is especially good at depicting the chilly social climate for a working woman and August is absolutely heartbreaking in the scenes where she longingly visits Lasse and then must say goodbye to him.

As the true story of an unconventional girl who develops into a beloved writer, the film reminded me of Jane Campion’s excellent An Angel at My Table (1990), also set in the 20s and 30s, about New Zealand author Janet Frame. Becoming Astrid is less concerned with the writer’s later success and fame but instead portrays the events that shaped her character and stoked her fiery spirit.