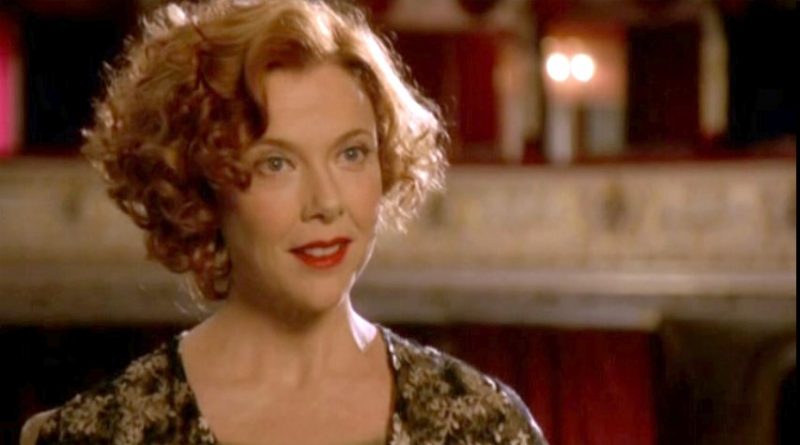 Being Julia (Dir. Istvan Szabo, 2004) is a dazzling, fourteen year old romantic comedy whose time has come for a closer look. Based on a Somerset Maugham novella, Theatre, and set in 1938 London, at first glance it seems to be the essence of what has become offensive to progressive people. It’s about the romantic and professional vicissitudes of a rich, white, successful British actress, Julia Lambert (Annette Benning) living in the bubble of class privilege and audience adulation, to the exclusion of all else in society. And it was written and directed by men!! Then there’s Hitler. He was already in progress with his campaign of horror, and there is only one brief acknowledgement in the film of the coming tragedy. But, wait. Don’t turn away. Being Julia offers an opportunity for feminists to mine unexpected gold and to examine our own prejudices and myopia.

It was only belatedly that I had to acknowledge that Being Julia could be accused of catapulting me into the kind of “movieland” that denies the economics, politics and racial and ethnic issues of most people’s daily lives because, from its first moment, I felt it taking me on a journey through Julia’s denials. And very interesting, pertinent denials they are indeed.

As the internalization of male imperatives is now being identified as the main reason white women are currently supporting en-masse the most anti-woman administration in history. If this is so, then entertainment that playfully opens our eyes to this phenomenon is worth re-evaluating. Continue reading on EYE ON MEDIA.