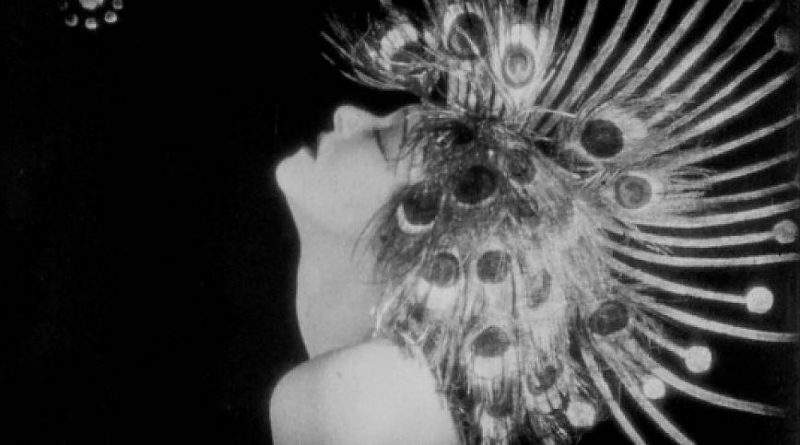 Film fans, rejoice! The true history of the motion picture industry just got a bit more complete. The invaluable film distributor Kino Lorber has assembled a truly eye-opening collection of films from the silent era—all made by women. Pioneers: First Women Filmmakers is a DVD/Blu-ray box set that presents more than 50 silent feature and short films (a total running time of 1,710 minutes) digitally mastered from 2k and 4K restorations from a variety of sources, including the Library of Congress, Academy Film Archives and the New York Women in Film & Television Preservation Fund.

An extremely important inclusion is Marion E. Wong’s Curse of Quon Gwon: When the Far East Mingles with the West(1916), a feature film of which 35 minutes survives. Wong, a Chinese-American, started her own production company with the aim of making films about Chinese culture. She produced, directed, and wrote the screenplay for Quon Gwon, in which she played the film’s villain who tries to break up a young couple when she wants more control over their infant’s upbringing. Wong’s company never made another film, and Quon Gwon was never distributed. It was placed on the National Film Registry in 2006 for its realistic portrayal of Chinese-American life, sadly, still not a mainstream film subject in the United States.

I was fascinated by The Hazards of Helen, a serial on the Genre Pioneers disc. Obviously riffing on the title of the more famous Perils of Pauline serial, Helen Holmes plays a railroad worker who is no damsel in distress. In an episode called Leap from the Water Tower (1915), Helen does just that to save a runaway train whose brakes were deliberately tampered with. Holmes was a confident, energetic women on screen and off, eventually forming her own successful production company with the director of this episode, J.P. McGowan.

Another plucky gal was Grace Cunard, who directed numerous short films during the ’10s and into the ’20s. She directed herself in the exciting and amusing A Daughter of the Law (1921), in which she plays a “revenooer” who goes undercover to get the goods on some mountain moonshiners. Cunard was quite a good actor, with a natural, athletic ease in a film that demanded she float down a river tied to a log. Two years ahead of Buster Keaton’s Our Hospitality, which had a similar, if obviously more dangerous stunt, Cunard showed her creativity and possible influence on Keaton.

Another surprise was Angela Murray Gibson. She learned a bit about filmmaking from none other than superstar Mary Pickford and director Maurice Tourneur when she was brought in to consult on their film, The Pride of the Clan (1917). She then went on to study cinematography and earned the distinction of being the first newsreel camerawoman. Her directorial debut, The Ice Ticket (1923), is a delightful short comedy from her newly formed company, Gibson Studios. The plot involves a mischievous boy who tries to find out which of his sister’s suitors likes her best by putting up a “ticket” on their home that says “Small Pox.” Of course, her true love isn’t scared away. The film was a great success, but the Great Depression sunk Gibson’s studio and her movie career.

Cinephiles, in general, and silent film buffs, in particular, will know some of the names in this collection: Lois Weber, Frances Marion, Alla Nazimova and Mabel Normand among them, all outstanding filmmakers who produced, directed, wrote, and acted throughout their distinguished careers. The print deterioration of some of these films is severe at times; still photos and descriptions of lost portions of the films, a familiar sight to silent film buffs, will seem strange to more casual moviegoers. Still, this treasure trove of films from 100+ years ago will make viewers will feel like a Time Lord riding the Tardus into a society where women were exploring the possibilities of a new technology with vision, vigor, and a narrative style that put them squarely in the driver’s seat.

For complete listings and to order the set, go to the Kino Lorber website.