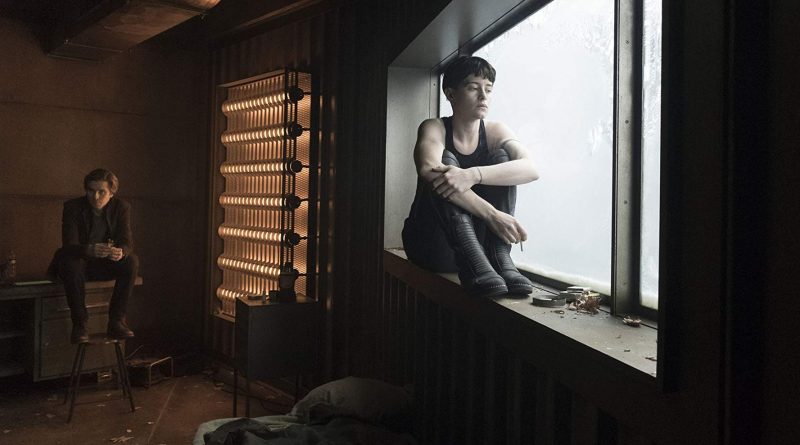 The formidable Swedish Goth vigilante Lisbeth Salander from Stieg Larsson’s “Millennium” trilogy is back. This time, she’s portrayed by Claire Foy, best known as young Queen Elizabeth II in the Netflix series “The Crown” for which she won an Emmy/Golden Globe.

Her story opens with an ominous flashback as adolescent Lisbeth and her sister Camilla are summoned to the bedroom of their Russian crime lord father, Alexander Zalachenko (Mikael Persbrandt). Aware of his perverted intentions, Lisbeth jumps off a high balcony into a blizzard to escape.

After suffering a traumatic childhood, motorcycle-riding Lisbeth terrorizes Stockholm as a defender of abused women, armed with an electric taser. The only men she trusts are her ex-lover/married journalist Mikael Blomkvist (Sverrir Gudnason), who wrote and published her story, and high-tech hacker Plague (Cameron Britton).

Lisbeth is supposed to deliver it to NSA security expert Edwin Needham (Lakeith Stanfield), but the briefcase is stolen from her by a crime syndicate called the Spiders that’s connected to her sinister, estranged sister Camilla (Sylvia Hoeks) and Gabriella Grane (Synnove Macody Lund), deputy director of the Swedish Secret Service.

Since Stieg Larsson died in 2004, the year before the first novel was published, author David Lagercrantz transformed Lisbeth’s character into a bisexual super sleuth, and his novel has been adapted by director Fede Alvarez, Jay Basu and Steven Knight.

As the punk hacker, Claire Foy is a far more skilled actress than Rooney Mara, but Fede Alvarez (“Don’t Breathe”) is no David Fincher (“The Girl With the Dragon Tattoo”). And Sverrir Gudnason cannot replace Daniel Craig.

On the Granger Movie Gauge of 1 to 10, “The Girl in the Spider’s Web” is an unfocused, far-fetched 5, spinning a forgettable espionage-thriller.