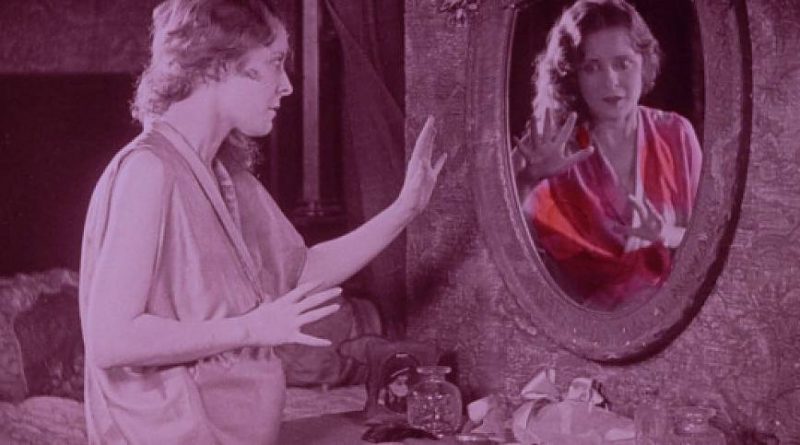 Film fans, rejoice! The true history of the motion picture industry just got a bit more complete. The invaluable film distributor Kino Lorber has assembled a truly eye-opening collection of films from the silent era—all made by women. Pioneers: First Women Filmmakers is a DVD/Blu-ray box set that presents more than 50 silent feature and short films (a total runningtime of 1,710 minutes) digitally mastered from 2k and 4K restorations from a variety of sources, including the Library of Congress, Academy Film Archives and the New York Women in Film & Television Preservation Fund. The collection is curated by film historian Shelley Stamp. 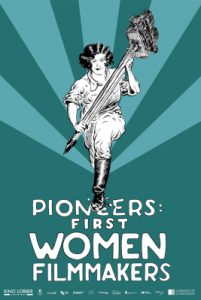 An extremely important inclusion is Marion E. Wong’s Curse of Quon Gwon: When the Far East Mingles with the West(1916), a feature film of which 35 minutes survives. Wong, a Chinese-American, started her own production company with the aim of making films about Chinese culture. She produced, directed, and wrote the screenplay for Quon Gwon, in which she played the film’s villain who tries to break up a young couple when she wants more control over their infant’s upbringing. Wong’s company never made another film, and Quon Gwon was never distributed. It was placed on the National Film Registry in 2006 for its realistic portrayal of Chinese-American life, sadly, still not a mainstream film subject in the United States. — Marilyn Ferdinand Read full review.

MaryAnn Johanson I don’t think it’s too hyperbolic to say this this could be one of the most important box sets in the history of film. Women’s contributions to cinema have been constantly erased since the very beginning of the medium, to the point where we have to keep reeducating ourselves and film fans about the fact that women have been vitally important and innovative artists on celluloid since there has been celluloid. There is no qualifying the women pioneers of film as separate or other than men: they are pioneers, full stop. They were innovators from the first, like Alice Guy-Blaché, well represented here, who *invented the idea of using film to tell a narrative story* as opposed to merely documenting reality. The Lumière brothers shot a film of a train arriving in a station; a few months later, Guy-Blaché told a fantasy story in her La Fée aux Choux (The Cabbage Fairy), from 1896. (That’s not in this box set, but you can watch it on YouTube.) How much do women’s cinema contributions get erased? That train film has its own Wikipedia page; La Fée aux Choux does not. I’m delighted, too, to see Zora Neale Hurston’s ethnographic films in this set. She may have been the first African American filmmaker — of any gender — but again, we don’t know for sure because so much cinema history that isn’t about white men is gone, or was never recorded in the first place. I’m angry all over again, thinking about this, but this box set assuages me a little. It’s a small step toward righting some of these wrongs.

Betsy Bozdech This exciting collection is a great step in preserving and highlighting the groundbreaking work of some of the world’s earliest female filmmakers. By collecting these rare films in one place, Pioneering Women helps spread these trailblazers’ legacy to another generation of moviegoers — and will likely inspire others to follow in their footsteps. Without question, it underlines the importance — and influence — of women as successful moviemakers.

Loren King There are many reasons to love Pioneers: First Women Filmmakers, the six-DVD set from Kino Lorber. This collection of films by women directors with a focus on American films from 1911-1929 is nothing short of amazing. These sophisticated silent films span all genres — drama, comedy, action, romance — and are themselves a revelation for their style and innovation. But producer Bret Wood has also included several short documentaries that feature a stellar cast of film experts, mostly women, who shed light on the films’ importance to cinema and to American culture. Read full review.

Pam Grady: Filmmakers like Lois Weber, Alice Guy Blaché, and Mabel Normand worked alongside directors like D.W. Griffith, Charles Chaplin, and Mack Sennett, but while the movies of the men of the silent era is not only remembered but celebrated, the women’s films have been largely forgotten. Kino Lorber goes a long way toward rectifying that error with this four-disc set of 50 films—both shorts and features—given 2K and 4K restorations. The films run the gamut from writer and anthropologist Zora Neale Hurston’s 1928 Ehtnographics Films, a short documentary study of rural everyday black life to Normand’s immortal Keystone Comedy Mabel and Fatty’s Wash Day opposite frequent costar Roscoe Arbuckle to The Red Kimono, a cautionary, ripped-from-headlines melodrama based on an Adela Roger St. John expose, written by Dorothy Arzner, co-directed by Dorothy Davenport, and made all the more vivid by two-color hand-tinting. For silent film fans, this set is nirvana. For anyone interested in film history and/or women in the arts, it is required viewing.

Esther Iverem: The new movie box set Pioneers: First Women Filmmakers is like a gift that will keep on giving. With more than 50 digitally restored films from the early 20th century, it includes rare 1928 documentary footage shot by a young Zora Neal Hurston of African Americans, especially children, in the rural South. That’s just one point, my particular point of interest, in this many pointed star collection.

Jennifer Merin Kino Lorber’s remarkable Pioneers: First Women Filmmakers is comprehensive box set collection of more than 50 digitally restored films by Alice Guy Blache, Lois Weber and other women filmmakers who shaped the aesthetic and style of cinema but whose work are oft overlooked in the telling of cinema history. This set is mandatory — and thoroughly enjoyable — viewing for anyone who loves film.

Cate Marquis Women filmmakers are getting a lot of attention now but many don’t know that women directors were among cinema’s first, and the best. Now we get a chance to explore that forgotten history, as Kino Lorber is offering Pioneers: First Women Filmmakers, a six-disc box set of some of the best films by women directors in cinema’s early decades. Read full review