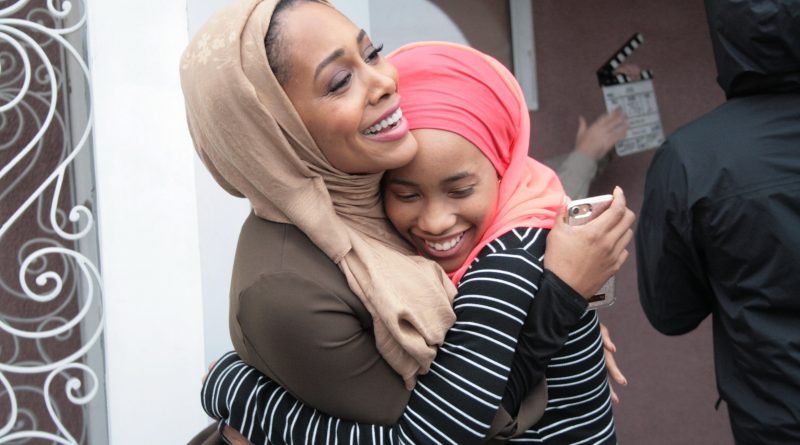 Jinn, a new semi-autobiographical film by writer/director Nijla Mu’min, articulates the challenges many face in some form of other in their own lives, and it comes right on time. A coming-of-age drama about a teen grappling with her mother’s conversion to Islam and her own shifting beliefs,. It shows the sides of the religion not often displayed in the media or on film, especially the kindness and love asked of its followers in all interpersonal relationships.

Writer/Director Mu’min’s feature debut celebrates finding wholeness in a fractured world. Americans find themselves in a world where it is increasingly hard to have anything but a popular, easily accepted opinion, and that is especially true for women of color. It is in all forms of art where this struggle for acceptance and individuality finds safety. Jinn, a new semi-autobiographical film by writer/director Nijla Mu’min, articulates the challenges many face in some form of other in their own lives, and it comes right on time. The film is a coming-of-age drama about a teen grappling with her mother’s conversion to Islam and her own shifting beliefs. It shows the sides of the religion not often displayed in the media or on film, especially the kindness and love asked of its followers in all interpersonal relationships.

Summer (Zoe Renee) is 17. She is a proud black girl, a dancer who jokes with her friends, and navigates being close to both her mother Jade Jennings (Simone Missick), a meteorologist on local television, and her dad, and his new white wife. When her mom converts to Islam, Jade changes her perspective on her own life, as well as how she is raising her daughter. Summer, who goes to masjid with her mom, starts to shift her own beliefs around Islam, and chooses to convert as well. Trying to be a 17-year-old dancer using social media at the same time as settling into her new religion proves to be difficult and divisive in the mother and daughter’s new community.

Older adults who grew up before social media formed personas to the outside world, may not realize the challenges of representing a whole being with just a picture or 240 characters. It can often do more harm than good to try, but that is the environment in which kids become themselves today. Summer finds Instagram celebrity with just one picture, and realizes bringing the many parts of herself together won’t be easy. In her new relationship with Muslim classmate Tahir (Kelvin Harrison Jr.), she attempts to express her sexuality in ways acceptable in popular culture but not in Muslim culture. This leads to repercussions that make her question who she is, and who she can or should be.

The voice of the protagonist, spoken like lyrical in voiceover, is a companion to the viewers that helps guide them through Summer’s feelings, but it is Zoe Renee’s committed, single-focused portrayal of the character that pulls the audience in, and makes allies of them all. She carries a joy, always present just below the surface, that cannot be easily extinguished. Like all teens, she has both a purity and an attraction to the forbidden, but as a Muslim, she must find ways to express her full self in all its complexities without going against her new faith or feeling shame.

There is a beauty in the relationship between Summer and Jade that is central to the story, and makes the film feel like balm on a wound. Even as there are struggles between them, their love is never in question. It is in that anchor of cinematic truth that Mu’min and her cast succeed the most.

The Jinn of the title refers to a magical supernatural being of Muslim mythology made of smokeless flame that has free will, and sometimes tempts humans. Summer recognizes herself as a jinn of modern culture. She loves her magic and her free will, and the audience loves it too, rooting for her as she risks being rejected and ostracized, and as she finds ways to stay true to her own power while making choices that align with her new faith.

On Stevie Wonder’s 1976 classic album Songs in the Key of Life, there’s a track called Love’s in Need of Love Today. If the last few years have shown anything, it’s that we still need songs, poems, and films that remind us of that sentiment after all these years. Ultimately, Jinn is less plot-driven and works more as a character study, much like a song that evokes a feeling rather than telling a story. It is the sort of film that can get lost in all the bombast of the award-seeking winter releases, but it shouldn’t. A meditation on the complexities and beauty of becoming whole in a world that currently seems to thrive on breaking spirits of anyone seen as “other”, Jinn is a valuable addition to the coming-of-age genre.