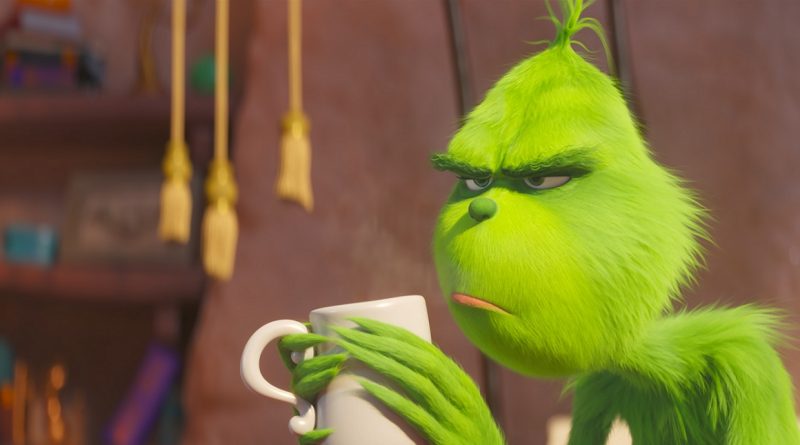 This movie opened before Thanksgiving, but I refuse to preempt one holiday for another. Besides, it’s an absolutely unnecessary re-make of a perfectly acceptable Christmas classic. Published in 1957, “How the Grinch Stole Christmas” was an instant best-seller.

Chuck Jones filmed it in 1966 as an animated TV special, related with suitable intensity by Boris Karloff. In 2000, Ron Howard morphed it into live-action with Jim Carrey as the mean-spirited misanthrope – with Anthony Hopkins slyly telling the story.

Now, Benedict Cumberbatch (“Avengers: Infinity War,” “Sherlock”) voices the titular role of the grumpy, green killjoy, living atop Mount Crumpet, who hates Christmas so much that he’s determined to ruin the holiday for everyone else, particularly the Whos down in Whoville.

Dressed up as Santa, using his beleaguered dog Max as a reindeer until a real reindeer named Fred appears, the Grinch surreptitiously steals decorations and gifts – until he encounters warm-hearted Cindy-Lou Who (voiced by Cameron Seely).

Illumination Entertainment, best known for creating the Minions in the “Despicable Me” franchise, does the crisp, visually alluring CGI animation, artfully coordinated by directors Yarrow Cheney and Scott Mosier.

Kudos to Angela Lansbury, Kenan Thompson and Rashida Jones for adding far-too-brief vocal enhancement to their characters. And everyone is obviously ready to make that inevitable transfer to a Universal Studio theme park.

On the Granger Movie Gauge of 1 to 10, “Dr. Seuss’ The Grinch) pilfers an all-too-familiar 5. If you’ve seen the original, don’t bother with the remake.