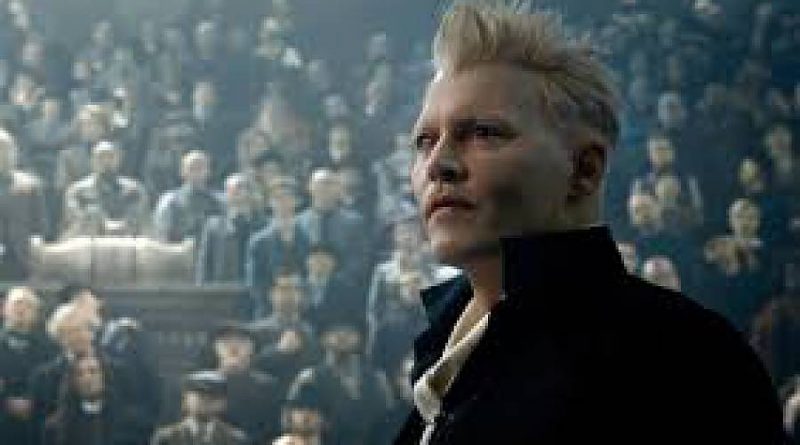 Fantastic Beasts: The Crimes of Grindelwald darkens and indensifies. What was fluffy and flirty in the first Fantastic Beasts has darkened in this sequel to the prequel, Fantastic Beasts and Where To Find Them. What was once a flight of fancy, with beasties and ghoulies, now offers really scary stuff plus secrets revealed in true J.K. Rowling tradition.

That great storyteller has concocted a story set in the wizarding world, a story of early Hogwarts, the school of magic; of early Dumbledore, the headmaster of magic; of early creatures, including a platypus-like niffler with promise. Once again, the protagonist is magizoologist, Newt Scamander, a mumbler and a bumbler played shyly by Eddie Redmayne. He keeps his head down as if he were her shyness, Lady Diana.

He needs to be shy of the new bad guy, one evil wizard, the titular antagonist, Grindelwald. Johnny Depp plays the evil one as if he were A. Hitler. Grindelwald was in New York, then he escaped, then he is in Paris. Dumbledore, a suave Jude Law, sends Scamander in over his curly red head to find Grindelwald. He has sidekicks from the first “Fantastic Beasts” films: the baker Jacob, played jovially by Dan Fogler, and the magic sisters, Queenie (Alison Sudol) and Tina (Katherine Waterston).

Rowling wrote the script for the story, just full of surprises, for David Yates, a veteran director of Harry Potter films, including the last, great one. There’s a lot of juggling of smoke and mirrors, crashes and bangs, exposition and choreography, family trees and beasts. Fantastic Beasts: The Crimes of Grindelwald weighs heavily and can be hard to follow with very little comic relief. Still, it’s pretty fantastic, that is, both pretty and a fantasy.