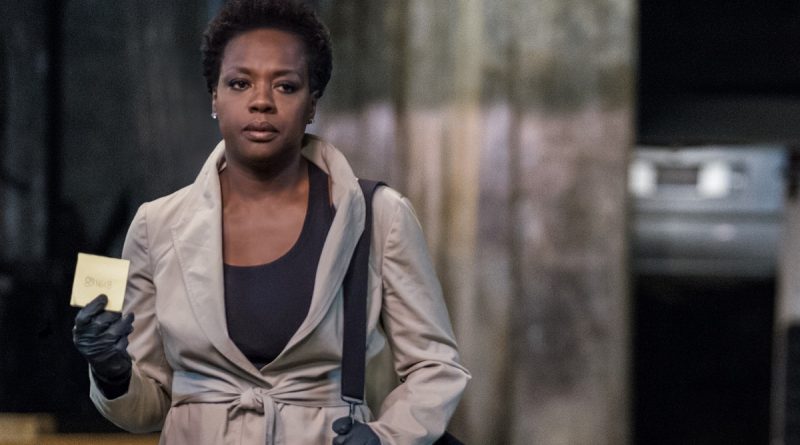 Thematically and cinematically Widows is a fresh, creative take on the heist film, exactly what director Steve McQueen fans would expect. In 2013 he won three Oscars, including Best Motion Picture of the Year, for 12 Years a Slave, the first time in Academy Award history for such an honor to a black director/co-producer.

McQueen’s earlier films Hunger (2008) and Shame (2011) highlight his inventive and daring presentation of provocative subjects. In Widows he extends his perceptive commentary to 2008 Chicago via a drama that seamlessly folds layer upon layer of social critique into its story. The catalyst is, quite simply with no spoilers, the fact that the husbands of three women who initially don’t even know each other, attempt a robbery of five million dollars with fatal consequences. These wives lose everything and might lose their lives if they can’t pay the kingpin running the criminal enterprise, but there’s so much more implicated and involved.

Consider this: after some gerrymandering, a local election pits a white politician set to inherit his father’s position against a black man, with a black preacher one of the pawns in the nefarious power struggle. Corruption and payoff money reaches to a hair salon. Racism rears its ugly head more than once though the film begins with a touching lovemaking between a biracial couple.

Economical start to finish, details reveal volumes: Alice’s black eye though we never need to see her husband hit her, the reappearance of a whiskey flask never commented on but revealing something crucial, plans for the heist that are strikingly sparse and yet every element crystal clear. McQueen has said he wants to involve his audience, and the cross-cutting in the opening moments does exactly that, tell us to sit up and pay attention.

In supporting roles, outstanding actors lined up to work with McQueen: Robert Duvall, Daniel Kaluuya, Colin Farrell, Jacki Weaver and Liam Neeson. The three widows, who will recruit a fourth woman as a driver, are Michelle Rodriguez, Elizabeth Debicki, Cynthia Erivo, and Viola Davis. The film is testimony to Davis’ amazing talent that drives every scene with absolutely no extraneous verbal or nonverbal fuss. As always, Davis commands and rewards our attention. Steve McQueen has superbly reinterpreted the cookie-cutter heist genre into an absorbing film.