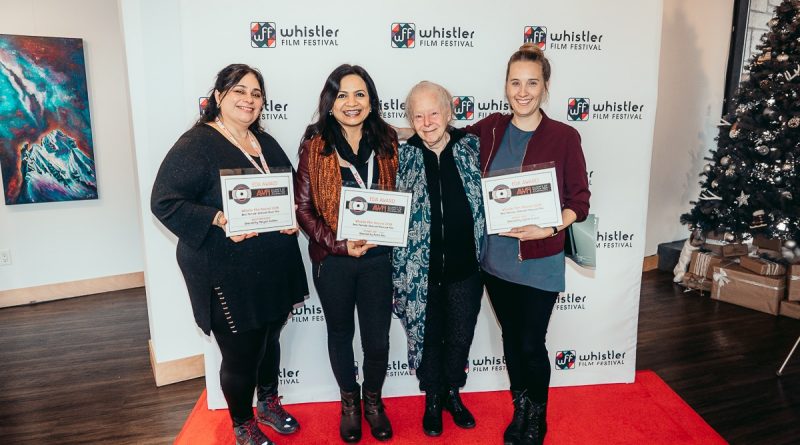 For the sixth consecutive year, the Alliance of Women Film Journalists has had the honor to partner with Whistler Film Festival to recognize women filmmakers with presentation of EDA Awards for Best Female-Directed Feature Film and Best Female-Directed Short at the 2018 festival, held in Whistler from November 28 to December 2, 2018.

Under the guidance of Executive Director Shauna Hardy Mishaw, Whistler Film Festival has consistently opened the doors of opportunity for female filmmakers through its programming of films, various mentoring programs and partnerships with AWFJ and other organizations.

This year, WFF’s program of 85 films included 50 features and 35 shorts representing 12 countries. 46% of the scheduled films were directed by women, a statistic proudly announced by WFF programmer Paul Gratton.

– AWFJ Jury statement: Sophie Dupuis’ first feature is a riveting family drama and brilliant character study of a brother caught between his desire for a typical, law-abiding life, and his suffocating family’s need for him to be part of his uncle’s drug enterprise. Wonderful performances – one subtle and one manic, but both remarkable — by Jean-Simon Leduc and Theodore Pellerin. From the opening moments there is such dynamism and energy in this film, it was thoroughly electrifying, unflinching and emotionally powerful.

– AWFJ Jury Statement: Director Rama Rau inbues her first narrative feature with the authority of authenticity she brings as an accomplished documentary filmmaker. Julia Sarah Stone delivers a breakthrough performance in this heart-wrenching coming-of-age film. The drama doesn’t play it safe and avoids the usual high school film tropes to explore the life of a young desperate girl searching for a way out of a life working the streets.

– AWFJ Jury Statement: – AWFJ Jury Statement: Brotherhood is a compelling gem of a short about a father who comes to regret too late his defensive and resentful stance against his eldest son. Well-acted by all and with extraoridnarily sensitive cinematography, the film is beautifully directed by Meryam Joobeur, who is able to reveal so much about this torn family in just 25 minutes. Brava!