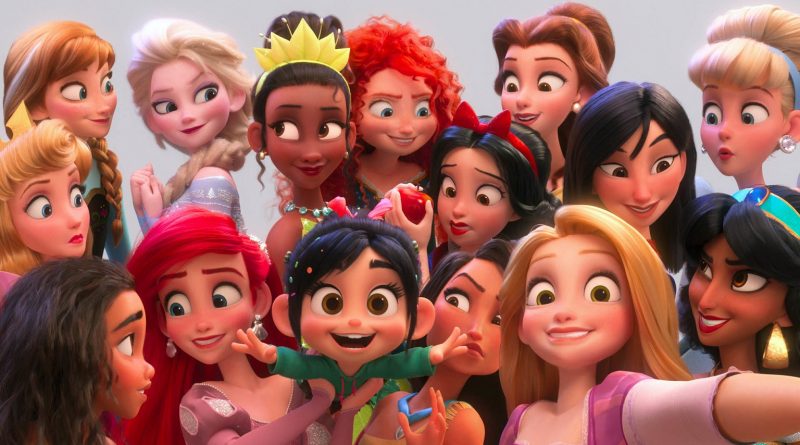 “Wreck-It Ralph” masterminds Phil Johnston and Rich Moore level up their unexpected hero and his surprisingly human struggles with the long-awaited sequel “Ralph Breaks the Internet.”

Unlike most follow-ups, the successor to the Disney’s 2012 animated hit does more than just upgrade the visuals and the action sequences, although those get a zippy makeover. The sequel, which has topped the box office for three straight weekends, also advances the storytelling, characters and humor in clever but profound ways.

Six years after the events of the first film, the unlikely friendship between good-guy villain Wreck-It Ralph (voice of John C. Reilly) and feisty Princess Vanellope (Sarah Silverman) is still going strong. But when the steering wheel on Vanellope’s “Sugar Rush” racing game breaks, arcade owner Mr. Litwak (Ed O’Neill) unplugs it and plans to sell it for parts.

So, Ralph and Vanellope enter the arcade’s new wi-fi router and venture for the first time into the shimmering expanses of the internet to find a replacement steering wheel.

Like the real-life World Wide Web, there’s almost too much to look at in the computer-animated sequel’s innovative and intuitive depiction of the internet as a vast metropolis teaming with information superhighways, bustling users’ avatars and gleaming towers of major sites. The filmmakers take full advantage of Disney’s status as an ginormous entertainment conglomerate, populating the cinematic version of the interwebs with Star Wars, Pixar and Marvel characters, fan-boys and even a Stan Lee cameo. (Also borrowed from Marvel: entertaining mid- and end-credit sequences, and that final stinger is worth hanging around until the “production babies” section has finally scrolled through.)

In an inspired highlight, a jaunt to the popular site Oh My Disney introduces Vanellope to the full cast of Disney Princesses, with screenwriters Johnston and Pamela Ribon (“Moana”) ingeniously and lovingly spoofing the quirks and tropes of the Mouse House’s royal ladies.

As they look for a way to pay for the replacement part, Ralph and Vallenope encounter the dubious pop-up JP Spamley (Bill Hader in another uncredited voice role to go with Star Wars’ BB-8), savvy video site algorithm Yesss (Taraji P. Henson) and creepy virus maker Double Dan (Alfred Molina). They run across the bold racer Shank (Gal Gadot) when they stumble into the online game “Slaughter Race,” where Vanellope revels in the unpredictability of free-for-all racing.

Friendship is a timeworn theme of family-friendly films, but “Ralph Breaks the Internet” handles it with nuance and insight that feels vital in these divisive times when differences of opinion and personality too often lead to broken bonds. Although the unsettling climax might be too scary for some young viewers, all audiences can click on the wisdom and resonance in the film’s affecting finale.