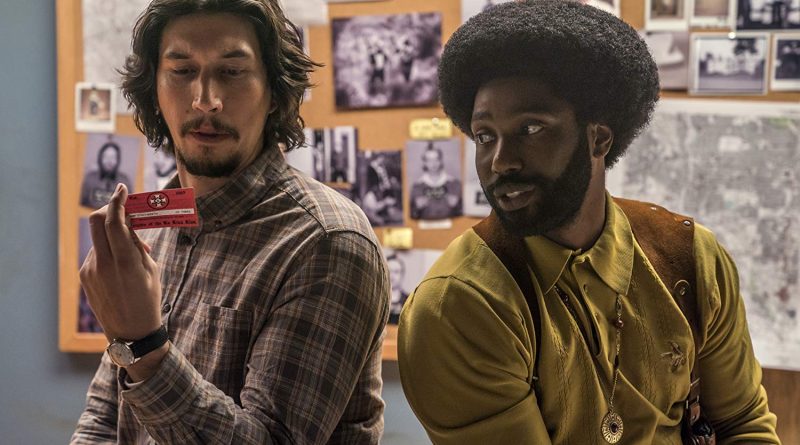 In Blackkklansman, a movie with a title that makes it sound like it’s a Mel Brooks high concept farce from the 1970’s, Spike Lee Has dipped back into historical events that began in 1978 to hold the mirror up to the dangerous racial chaos of America in 2018. And it’s no farce. At the same time, both Lee’s film and the book of the same name on which it is based, a memoir by a black undercover police detective, Ron Stallworth, working in Colorado Springs, do create cognitive dissonance. A black man in the Klan? How?

Life can be unpredictable; no, hypnagogic—like a dream. Stallworth took his cue from a series of events set in motion when on a whim he wrote a note in response to a solicitation from the Klan in the classified section of one of the two town newspapers, and received a letter from a Klan organizer. Stallworth accepted the invitation from the organizer to meet up, and a strange, wonderful sting was born. The mind boggles at the sheer insanity of it, and maybe imagines some kind of make-up job, like the ones in White Chicks (2004) that allowed the light skinned Shawn and Marlon Wayans to act as two young black men who make a zany decision to pass as blonde white women. But that’s not how Stallworth’s story went, and it’s not the tone of Lee’s film.Continue reading on EYE ON MEDIA