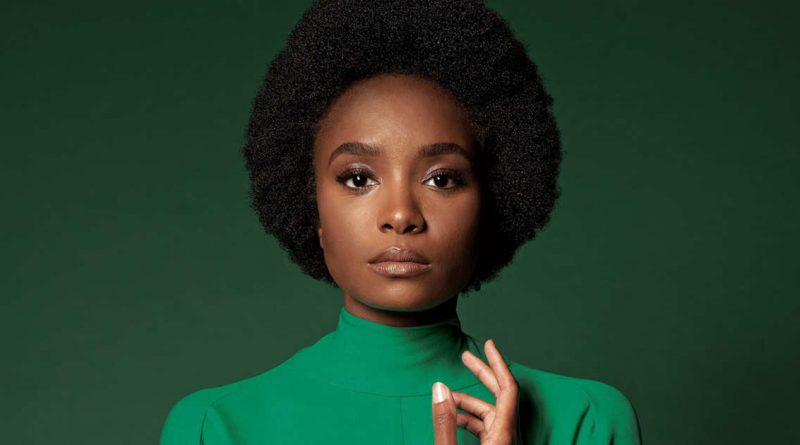 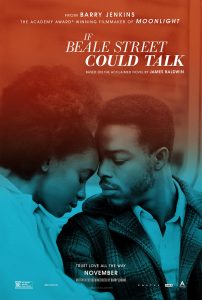 Kiki Layne has an extraordinary breakthrough performance in Barry Jenkins’ If Beale Street Could Talk, based on the 1974 novel by James Baldwin. She plays Tish, deeply in love with the unjustly accused Fonny (Stephan James) and pregnant with his child. In an interview, she discussed her early love of acting, creating the look of her character, and the challenge of doing justice to the voiceover narration, her character’s thoughts and Baldwin’s language.

Nell Minow: How did you work with the costume designer to create a look that said so much about the period and the character?

KiKi Layne: Caroline Eselin, our costume designer, had an understanding of the truth and authenticity of this is a poor family. So there were a lot of looks that repeated themselves, which I think is something that you don’t really see in movies. She paid attention to details like that. I think even a lot of the things she pulled while thrifting, which Tish might have done, and things didn’t fit just right. I love that about creating the world of the costumes because to me that was the truth of how Tish and her family would dress. Some stuff looked like it was probably a hand me down from her sister Ernestine.

NM: Tish has such a strong and supportive family.

KL: The love in that family is just so, so powerful. We see the beauty of having those people to lean into and having those people around that are nurturing you and nurturing your growth. Tish has some growing up to do. Her family encourages that but it’s not all, “You’ve got to get over this.” It wasn’t that type of energy. It’s just like, “Hey, this is a situation that you’re in but really we’re all in it together,” and I think that was the beauty of the family dynamic in this film.

NM: There’s a big contrast in the way the two families react to the news that Tish is pregnant.

KL: Tish’s family just has an understanding that this child came from love. Tish and Fonny have loved each other really since they were little kids growing up together and I think Tish’s family really recognizes that so I feel like they always knew it was going to happen someday.

NM: You had a real challenge in this movie being responsible for the voiceover narration, making Baldwin’s literary language into something cinematic.

KL: There was some of the narration that we did on set and some had to be recorded a little later. So I realized that it really is a skill because as you’re saying these words you have to still be in that moment as best as you can and still be communicating as clearly as you can even though it’s just you and a microphone. So it definitely was a new skill for me to learn but thankfully James Baldwin’s words are just so rich, the pictures that he paints with his words made it easy to see those images that could make what I was saying more real for me.

NM: What did Barry tell you about Tish?

KL: Barry always talked about these dual sides to Tish. There’s more to her than just two sides, but it’s like you have this really sweet girl but you also have this girl who is growing into a woman and she has all of this fight in her. He has said he could see how I could bring the fight and the tenderness because I definitely have got both of them. We had a lot of conversations about determining what color was being more vibrant at what time; is this more when she is being sweet and tender and maybe that youthfulness is there or is this her having gone through some things and being that fighter? Her being this young woman who is now someone’s mother, what does all of that look like?

NM: Was there a movie you saw or a play you were in at school that made you know that this was what you wanted to do?

KL: I’ve always wanted to act. I don’t really even remember one specific thing being the thing. I remember growing up watching The Lion King a lot so I don’t know if that was a part of it that made me realize, “Oh, it’s actors being Simba and Mufasa and all of that.” I just feel like it’s always been in me to perform. I went to a Performing Arts High School in Cincinnati, well really elementary, I started going there when I was seven so that’s when I started studying drama.

NM: From the first moment, the audience can feel the connection between Tish and Fonny. How do you and Stephen work together to portray that chemistry?

KL: A lot of it came from the work that we did, like me studying Tish and him studying Fonny and finding these characters within ourselves because the love that they have for each other is such an essential part of their character. Once we came together with all of that work and then we had Barry there it just was able to blossom. We both have a natural curiosity about just playing with someone and being open to giving and receiving. Thankfully they were really smart about how they did the schedule so the really intimate scenes were later on in the shoot. We had time to get to know each other and do the little easy dialogue scenes and all of that together before we had to really go there with each other; so thankfully, really, scheduling-wise they looked out for us.

NM: Does it make it harder, though, to shoot out of sequence when a story covers so much time?

KL: That was tough for me because I come from a theatrical background so I’m used to living through the play chronologically. That took some adjusting. I just had to be attentive to what’s happened before or what does Tish know in this moment that we’re filming because I know everything but at this point in the film what does Tish know, what have I been through? I had to make sure that Tish is living in that all the circumstances that she is aware of.

NM: The book was written almost 50 years ago. Why is it so especially timely right now?

KL: So many of the conversations that are being had in the book are still being had today. So many of those issues are still very much issues today, mass incarceration and mistreatment of the black community by the police, overall issues in the judicial system, all of those things are very much so still present today. It’s unfortunate that this book written in the 70s based in the 70s is still so timely.

NM: What do you want people to talk about when they’re driving home from the theater?

KL: I want them to talk about love and being connected. What does it mean if you were going through a situation like this? Who do you have to lean on? And how available have you been to people? Because I think this film deals with love and relationships and all different aspects, whether it is your partner or a friend or family. The scene that pops in my head with that was the scene between Daniel and Fonny — what does that mean for Daniel to have somebody that he can talk about those things that he’s talking about with and share that? So I think that’s what I want people to talk about.

NM: That is a beautiful scene and so much of it is implied, not said.

KL: I think there are ways that you interact with your girls versus how the guys may interact with each other. We have different languages when we’re dealing with different people but it doesn’t change the truth of the conversation. I’m going to talk to my mom differently than I’m going to talk to my best friend and even though it may be a different approach, it may be a couple of changes in language but the message is still going to get across which is that love and support may look different depending on who you are relating to at that moment but it is still very, very real and powerful.