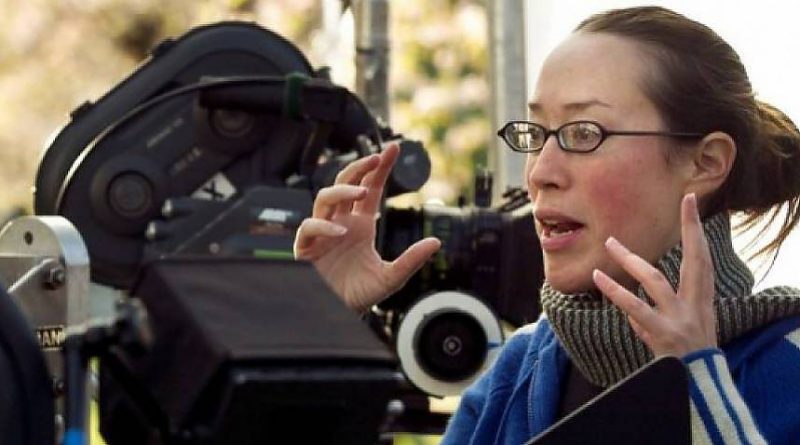 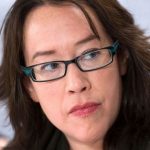 Born in the late 1960s and raised in Missouri, Karyn Kusama’s parents were both psychiatrists. As tempting as it may be, it would be far too easy to locate this one biographical element as the key feature has made Kusama’s signature focus on the depths and complexities of a rich, sophisticated array of characters so enduring. But as any fan of this stalwart of American independent filmmaking will tell you, Kusama is as much a visual stylist as a character-and-narrative focused filmmaker. 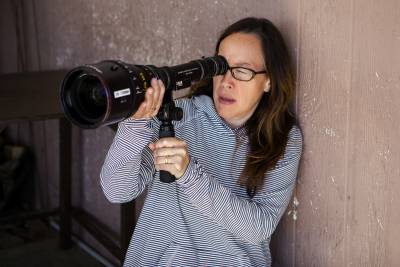 Studying Film and Television at the Tisch School of Arts in New York, since her first short film Sleeping Beauties in 1991, Kusama has battled aggressive industry-based discrimination against women filmmakers to become a leading figure in contemporary US cinema. Working with a team of key collaborators including editor Plummy Tucker and screenwriters Matt Manfredi and Phil Hay (whi is Kusama’s husband), with the recent release of the unflinching Nicole Kidman-fronted cop drama Destroyer, Kusama has solidified her position as one of the most fearless directors working today.

EMERGENCE: FROM GIRLFIGHT TO ÆON FLUX

Taking a variety of jobs to support herself in her early career, it was while working as a nanny that she met Oscar-nominated indie filmmaker John Sayles and became his assistant. Sayles partially funded Kusama’s first feature film Girlfight (2000) which she wrote and directed. The film was a sensation, grossing close to $2 million dollars and garnering critical acclaim, winning the Grand Jury Prize at Sundance amongst a range of other accolades and nominations. Marking Michelle Rodriguez’s feature film debut also, Girlfight is the story of a young woman who decides to train to become a boxer, despite it being a field – like cinema itself – heavily dominated by men.


The widesperad acclaim Girlfight received created immense pressure on Kusama’s sophomore film, the bigger budget, high-concept 2005 adaptation of MTV’s animated series Æon Flux starring Charlize Theron. It did not, in short, fare well. The quality of the final film, however, was largely out of Kusama’s hands: in a move that foreshadowed the mistreatment of her work by an overzealous film studio in the notorious case of Jennifer’s Body, Kusama did not have control of the final cut of Æon Flux. The film, Kusama has noted, was brutally recut to make it more mainstream genre rather than her original arthouse vision.

THE RISE AND FALL (AND RISE) OF JENNIFER’S BODY

If the re-edited version of Æon Flux that received widespread release and met with critical and commercial dismissal proved that studios should have trusted Kusama, they clearly had not learned this when it came to Kusama’s 2009 horror film Jennifer’s Body. Written by Oscar-winning screenwriter Diablo Cody of Juno (2007) fame and starring Megan Fox and Amanda Seyfried, the film’s story about a possessed high school girl on a killing spree spoke in fun yet meaningful ways about gender politics and the social pressures young women face in the tinder box of adolescence.

Both Kusama and Cody shared a determination to shift the focus of agency and power in horror onto the figure often seen as the most disposable – that of the sexually attractive teenage girl. While critics at the time fluctuated on the whole between savage and dismissive and the film proved disappointing upon its original release, today the film has experienced an intensive and vocal renaissance, with retrospective screenings around the world that praise it as a lost feminist horror classic. In recent years Kusama has spoken publicly in strong terms about the sexist, unfair treatment of Jennifer’s Body at the time of release, and the film has proven to be a cult classic that has reached new audiences despite – not because – of studio support.

ASCENSION: THE INVITATION AND XX

Before the release of Jennifer’s Body, Kusama began working in television and has director credits on a range of popular series spanning from The L Word in 2007 through to Billions in 2016 and 2017. After the disappointment of Jennifer’s Body, it would take many years for Kusama to return to feature filmmaking but in 2015, she directed her widely considered return-to-form, the horror film The Invitation. Receiving widespread positive responses from critics and audiences alike, it again saw her working with her core collaborative team including Tucker, Manfredi and Hay. Set at a dinner party that goes off the rails, The Invitation is a confident and sophisticated film that builds an almost suffocating sense of tension and dread around our intuitive instinct to be polite at all costs. Remaining in the horror terrain where she had by now become a key figure in the blossoming Women in Horror movement, in 2017 Kusama joined Jovanka Vuckovic, Annie Clark, and Roxanne Benjamin on the all-woman directed horror anthology XX with her moving reimagining of Rosemary’s Baby in the short Her Only Living Son.


THE VISTORY OF AUTONOMY: DESTROYER As early as Girlfight, Kusama’s gifts as a filmmaker – both an extraordinary visual stylist and a powerful and engaging storyteller – were clear. If that film’s widespread critical success wasn’t evidence enough, it’s fair to guess that had she been a man, Kusama would have been left alone to make the films that she had proven she had the drive, talent and skill to create. But no: in the eyes of all-too-conservative film studios, anxious about rocking the male-dominated boat, they could not resist the temptation to corrupt Kusama’s vision on two notable occasions, firstly with Æon Flux and then – more famously – with Jennifer’s Body.

The Invitation in many ways was a reminder of the high quality of work Kusama had always been capable of producing when left to make her films her way. From this perspective, Kusama’s recent feature – 2018’s Destroyer – is a victory lap for a filmmaker who has always had the potential to make cinema of this calibre.

Destroyer is a raised middle finger to anyone who ever doubted Kusama’s talent: a powerful, brutal story about a burned-out husk of a cop (played by Kidman in one her finest performances) whose dark journey of reflection, grief and acceptance plays out through a riveting crime thriller the likes of which are almost always the terrain of tough-guy action men.

Kidman and Kusama are entirely in tune in Destroyer: they convey with power and empathy well the battles that Kidman’s Erin Brown has had to fight her way through, they understand human frailty, guilt, empathy and most of all, that ubiquitous but rarely as well articulated exhaustion that comes from being a woman in a male-dominated world. 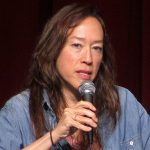 A vocal advocate for women filmmakers, Kusama has spoken passionately about the importance of diversity in the film industry. The success of Destroyer will no doubt continue to raise the visibility of the platform from which Kusama speaks, not only as an artist, but as a woman whose voice has been stifled so many times by a male-dominated industry who in the past have been so shamefully dismissive of the important things she has to tell us and of her extraordinarily skillful and creative way of telling them.