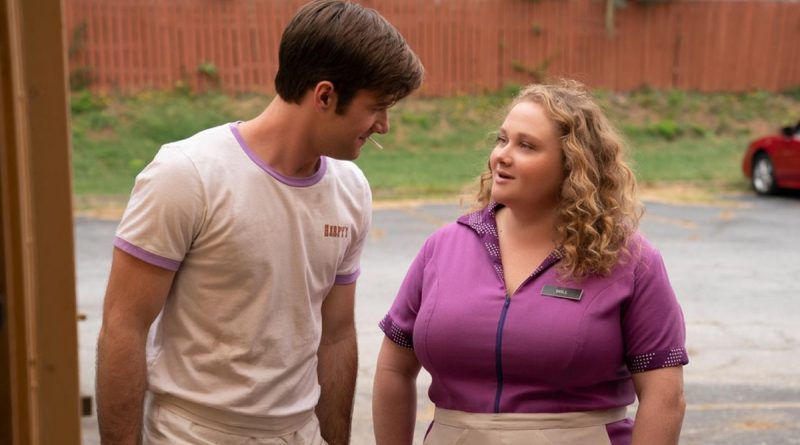 A movie called Dumplin’ could definitely go either way but, thanks to an appealing cast and feel-good message, this one is a winner. Despite the fact that her mother, Rosie (Jennifer Aniston, miscast but still good), is a former beauty queen still obsessed with pageants, plus-size teen Willowdean (Danielle Macdonald) is surprisingly comfortable in her own skin, thanks to her late Aunt Lucy and supportive BFF, Ellen (Odeya Rush). She seems pretty content, hanging out with Ellen, working at a local diner where there’s a boy who likes her and listening to her idol, Dolly Parton.

Will (her nickname of choice) withstands fat-sharming by bullies who refer to her as “Whale,” and even by her mom, who affectionately (ish) dubbed her “Dumplin’,” which Will has to explain is hurtful and embarrassing. But, when she discovers that her beloved aunt had wanted to enter a pageant when she was younger but stopped filling out the application because it asked for her weight, Will decides it’s time to shake things up and honor Lucy.

To her mother’s horror, she enters the local Miss Teen Bluebonnet pageant, becoming a role model for other unlikely entrants. It is so empowering to watch the girls band together to overcome their fears and gain the respect of those who doubted them. It’s also hilarious to watch them do it with the help of a bunch of Dolly Parton drag queens.

Lucy was a huge Dolly Parton fan, and Will inherited her love of Dolly, who provided some great songs for the soundtrack, including a remake of her hit, “Dumb Blonde,” done here as a duet with Miranda Lambert. Dolly’s beautiful Girl in the Movies, has already been nominated for a Golden Globe.

What really makes this movie work, though, is Danielle Macdonald, who is so real, you just want to be her friend. There’s a moment when she’s in the middle of making out with the boy she likes, and he touches her imperfect body and time stops. She is immediately taken out of the moment, feeling self-conscious, and there is not a girl or woman who won’t relate.

There’s another scene where Will is jealous of her Ellen for seeming so natural in the pageant atmosphere, unlike Will, who calls herself “fat.” Ellen turns to her and, in the spirit of best friends everywhere, says, “I’ve never once thought of you as fat.”

Based on the YA book by Julie Murphy, this delightful treat is the kind of movie girls are hungry for.