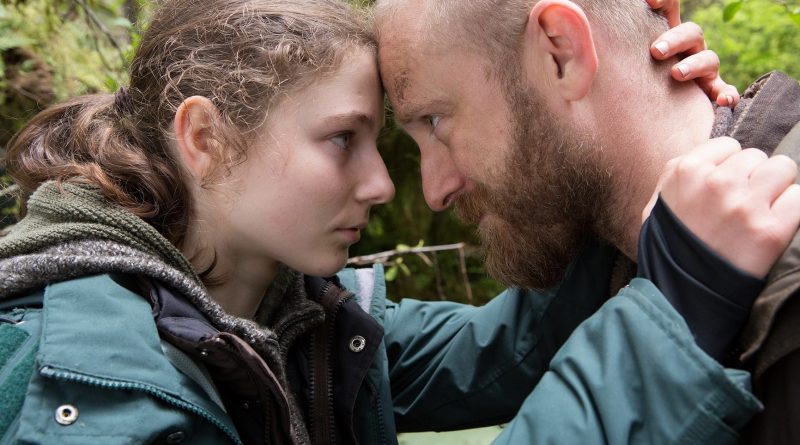 After garnering near-universal acclaim with her 2010 thriller Winter’s Bone, which introduced the world to Oscar-winning superstar Jennifer Lawrence, director Debra Granik makes her long-awaited return to feature film with the empathetic and engrossing drama Leave No Trace, one of my favorite movies of 2018.

The film starts out mysteriously, almost meditatively, as Will (Ben Foster) and his teenage daughter Tom (Thomasin Harcourt McKenzie) rough it in a carefully camouflaged tent in a vast nature preserve.

The screenplay by Granik and Anne Rosellini, adapted from Peter Rock’s novel My Abandonment, slowly, subtly trickles out a few details: Will is a widow and a war veteran, he and his daughter have lived undetected in Portland, Oregon’s Forest Park for a good long while, and they occasionally go into the city to sell the PTSD meds Will gets from the VA to other vets and then shop for groceries and supplies.

A stern but loving and protective father, Will drills Tom on how to survive and stay hidden, and he has a tight bond with his bright, curious and quiet daughter.

But when the pair is caught and cast out of the public park, it sends father and daughter on a physically and emotionally fraught journey to find a new home.

Granik, who divides her time between making documentaries and feature films, neither romanticizes nor sensationalizes the family’s off-the-grid existence, and she thankfully spares us clichés like wartime flashbacks or teenaged angst. She also doesn’t politicize the human costs of war, but it’s impossible not to think about them with every time Foster’s Will winces at the sound of a helicopter and stares hollow-eyed at the walls of a manufactured home.

Although the story is more optimistic than her 2010 thriller, as with Winter’s Bone, Granik presents a nuanced, thought-provoking story about life on the fringes, and along the way, discovers and nurtures another star-caliber young talent in McKenzie with Leave No Trace