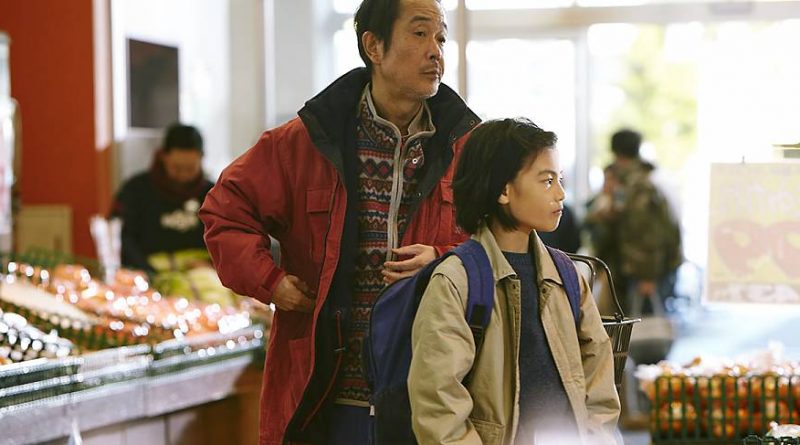 Shoplifters includes beauty, tragedy, and surprises in a self-made family.

Most films maintain a consistent tone start to finish, reassuring us of their coherent world. Other more challenging works make a U-turn at some point in the narrative, and Japanese director Hirokazu Kore-eda gets my vote for the most unexpected but convincing last act in Shoplifters (no spoilers here).

Credit to Kore-eda, writer and editor as well as director, who reveals a household of characters in scenes stitched together quite seamlessly. Segueing from humor to pathos, political critique to personal empathy, Kore-eda depicts men and women, young and old, gainfully employed and happily stealing, living on the outskirts of contemporary Tokyo. Implicitly questioning what really makes a family functional in a modern, often callous world, the story upends many notions of outsiders; for example, in an early scene, two of the group rescue a five-year old, criminally neglected girl and welcome her into their loyal, caring home linked together by various illegal enterprises, including pension fraud.

Kore-eda has said his learning about such lower social strata groups and such survival pilfering became the catalyst for Shoplifters. In the improvised, five-person Shibata family, he includes: Osama who works construction and tries hard to embody the role of father, mother Nobuyo who offers unheeded advice while working at a laundry, pre-teen Shota who struggles to mature while expertly stealing from stores, younger sister Aki who mimes erotic acts for booth customers, and the grandmother who keeps cashing her deceased husband’s checks to keep the group going. It’s unusual to find Japanese society so thoroughly indicted through quiet depictions devoid of a strident moment, an achievement accomplished through fully realized individuals who reveal inequity through their lived experiences.

Cinematographer Kondo Ryuto keeps his camera still to capture the interaction, moving it only when necessary. Composer Hosono Haruomi’s music adds to the various moods but is never overbearing. The actors, though largely unknown to American audiences, are superb. Shoplifters is a film to get lost in, to think about for days. Winner of the Cannes Film Festival’s prestigious Palme d’Or, in Japanese with English subtitles.