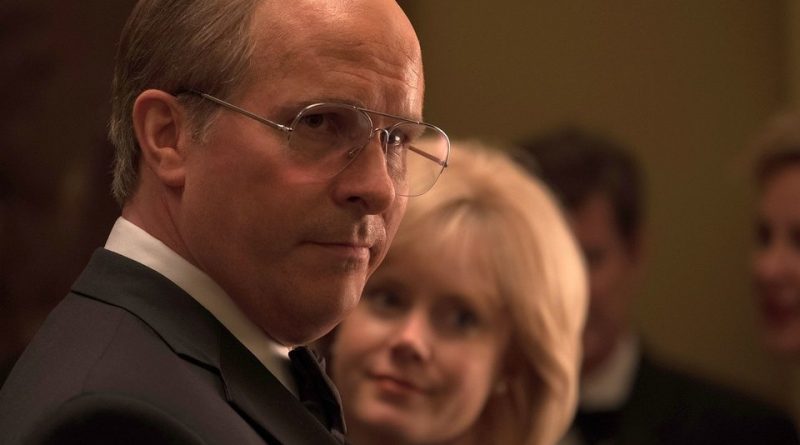 Vice, Adam McKay’s interpretation of Dick Cheney’s reign of terror, comes to a false ending in the middle of his film. The music rises to a mock triumphant crescendo, and credits roll over a montage of happy family scenes in which the actors we have seen portray the infamous Dick (Christian Bale) and his wife Lynne (Amy Adams) luxuriate in the lap of domestic affluence as they cavort with children and dogs. The credits are the actual credits of Vice, but prematurely displayed.

The faux closure falsely celebrates the Cheneys’ permanent exit from politics when, after Carter’s win as president and the loss of Gerald Ford, Cheney’s prospects for running for and winning high political office began to seem impossible. What? It’s a tease. The movie isn’t ending; rather it winks at us about how stories work, and continues on to document the most destructive period of Cheney’s political life.
Read full review on EYE ON MEDIA.