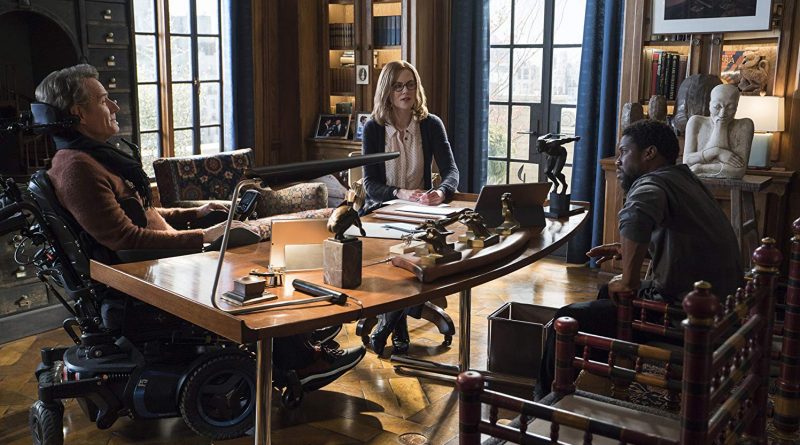 Based on the 2011 French film The Intouchables, this heartfelt comedy is about the developing friendship between an ex-convict and a quadriplegic Manhattan billionaire.

Chastised by his parole officer, Dell must get three signatures to prove that he’s applied for jobs. He also needs a place to sleep since his angry ex-wife (Aja Naomi King) has tossed him out on the street, refusing to let this deadbeat dad see his young son (Jahi Di’Allo Winston).

Much to the consternation of his devoted, no-nonsense business manager (Nicole Kidman), Philip hires rudely belligerent Dell, sternly informing him of his DNR (do not resuscitate) order.

Although he’s grateful for this live-in position with its generous salary, Dell has no idea what his “life auxiliary” duties entail – like lifting Philip from his bed to his wheelchair, feeding him, and bathing him, including changing his catheter. (This is the basis for a raunchy but hilarious scene.)

Gradually, brooding, bitter Philip begins to enjoy life more, particularly when Dell takes him joyriding in one or another of the fancy sports cars he’s kept garaged. And Dell goes one step further, trying to encourage lonely widower Philip to meet the woman with whom he’s had “an epistolary relationship.”

FYI: While comedian Hart recovers from his Oscar-hosting fiasco, Bryan Cranston is currently dazzling audiences as Howard Beale in Network on Broadway.