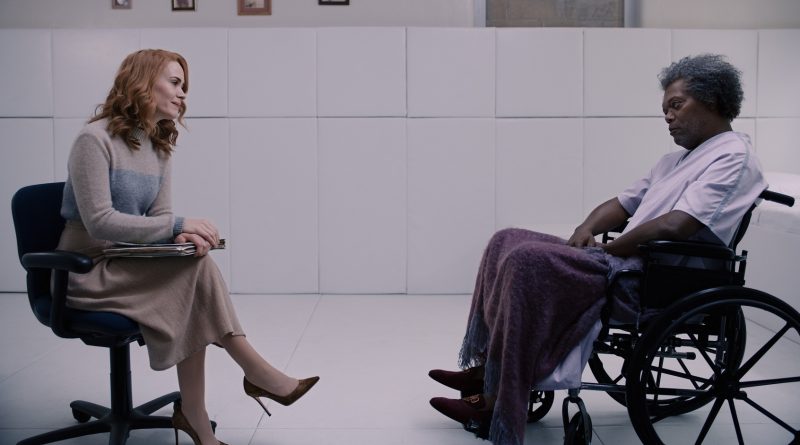 Fans have been clamoring for “Glass” since the surprise reveal in Shyamalan’s 2017 hit “Split” that the psychological horror-thriller was actually the stealth sequel to the filmmaker’s early cult favorite, 2000’s unconventional superhero story “Unbreakable.”

Now that he has connected these two stories of superpowered men by a tragic train wreck, Shyamalan is done with this standalone business, and moviegoers who haven’t seen the first two installments – or at least haven’t refreshed themselves on the storylines – can expect “Glass” to get even cloudier than the snaky storyline is already guaranteed to become.

“Glass” opens shortly after the events of “Split,” as Kevin Wendell Crumb (the excellent James McAvoy), aka The Horde, has kidnapped more ill-fated teenagers. A disturbed man with extreme dissociative identity disorder, Crumb has 24 different personalities, the newest being the monstrously superhuman murderer “The Beast.”

“Unbreakable” David Dunn (Bruce Willis), a security specialist who has extraordinary strength, extrasensory perception and is practically impervious to injury, is determined to stop The Horde’s homicidal reign of terror, assisted by his now-grown son Joseph (Spencer Treat Clark, reprising the role he played as a child star), who runs the tech side of their business.

Fans don’t have to wait long to see The Beast and Dunn face off, but they are quickly captured by the police and whisked to a psychiatric research hospital, where they are unexpectedly housed alongside Dunn’s old nemesis Elijah “Mr. Glass” Price (Samuel L. Jackson), a brilliant, comic book-obsessed schemer afflicted with brittle-bone disease. All three are placed under the care of eerily calm psychiatrist Ellie Staple (Sarah Paulson, who has become a bit typecast), who is convinced their superpowers are just delusions of grandeur.

Much of the movie is a slow-burn psychological thriller that almost sputters out, as Dr. Staple works zealously to convince her three patients that their powers are only in their damaged minds. She even recruits Joseph, Mr. Glass’ mother (Charlayne Woodard) and Casey, (Anya Taylor-Joy), the abuse survivor spared by The Beast, to assist her.

With the help of arbitrary deadlines, handy coincidences and characters explaining comic book tropes, Shyamalan attempts a series of elaborate plot twists – of course – that he doesn’t quite pull off cleanly but that are still pretty nifty and unveil some interesting surprises. Herculean performances by McAvoy, Willis and Jackson keep “Glass” watchable even when the narrative gets murky.

Although the execution isn’t as clean as it could (and probably should be), Shyamalan’s three-quel isn’t like any other superhero movie you’re likely to see this year, and with no less than eight more comic book movies coming to theaters in 2019, that’s actually a reasonably impressive feat.