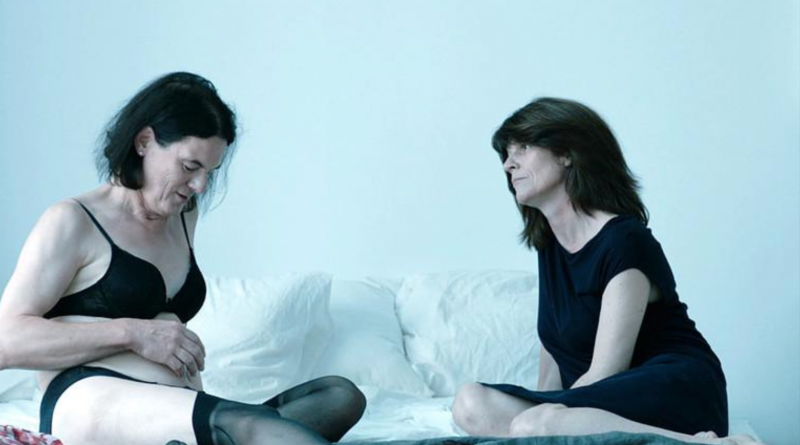 A curious art house film has infiltrated the specialty box office. Directed, written and edited by Romanian filmmaker Adina Pintilie, Touch Me Not is a fascinating if uneven movie about people venturing into a research project to get beyond their own fears and issues around intimacy.

The personalities and experiences of the actors involved have been morphed together with their characters. Through improvisation and their own explorations of their own fears and limitations, or their place in helping others go beyond them, Pintilie built a collection of characters who are part real and part imagined. If that sounds bizarre, it is. It is an intentional blurring of the lines of reality, fiction, and fantasy, and an at times confrontational sort of experiential storytelling that will move some viewers, while offending or boring others.

50-something Laura finds herself increasingly incapable of physical contact with others, often resorting to limiting sexual experiences with escorts. Tomas finds his inner life inauthentic, turning to a seminar with others searching for deeper personal connection. Christian wants to build a better bridge between physical intimacy and his intellect. Their lives intersect in what are essentially vignettes of interaction, with each revealing a bit more about the characters, and moving them towards closer, more meaningful relationships with themselves and others.

There are several elements to the film that are both unusual and prove to be very moving, and they are the reasons to give it a chance. Firstly, the director chooses to be part of the story, beginning and ending it with the camera on her, using the same kind of calm yet confrontational approach, the same level of fearless inquiry on herself, as she does with the quasi-fictional characters she follows throughout the film. It is in those moments it’s most clear she is asking not only herself, but the audience to consider their lifelong relationship with intimacy, and the transformative power of facing it head-on.

Also, the non-actors who take part in the story include a fascinating collection of people whose lives already involve redefining how true intimacy and sexuality converge. Bring their own personal knowledge and experiences to the characters they play are disabled accessibility activist and sex-positive blogger Christian Bayerlein, as well as Hanna Hoffman, the trans self-identified escort and activist for sex workers and sexual minorities, who believes in the therapeutic qualities of sex work, and Seani Love, the male escort and trained counselor who specializes in blending Conscious King, BDSM, and neo-Tantra experiences. These valuable members of society are rarely seen onscreen. They may, with their tenderness and their insights, reorder the thinking of many a viewer.

Touch Me Not could have been a great movie, but the power of the best scenes are diluted by unnecessary ones that make Touch Me Not at least a half hour too long. Several in underground BDSM/kink parties, though they do clearly show how much consent and the creation of safe spaces are an integral part of that scene, do little to move the story forward, even as it relates to the inner stories of the characters. Also the part of Laura’s story relating to her father clouds her trajectory, as it is unclear how her interaction with him relates to her issues. It would have been better to reveal her family challenges through her interactions with other characters in the film.

Touch Me Not is a flawed but worthwhile examination of one way those challenged by fear of physical and emotional intimacy approach working out their issues. It will appeal to a number of people already aware of the community these characters and the real people that inspired them inhabit. Hopefully, a few curious others will check it out too, and open themselves to what is, at times, a deep, affecting examination of intimacy, and those who fearlessly seek to accept more of it into their lives.