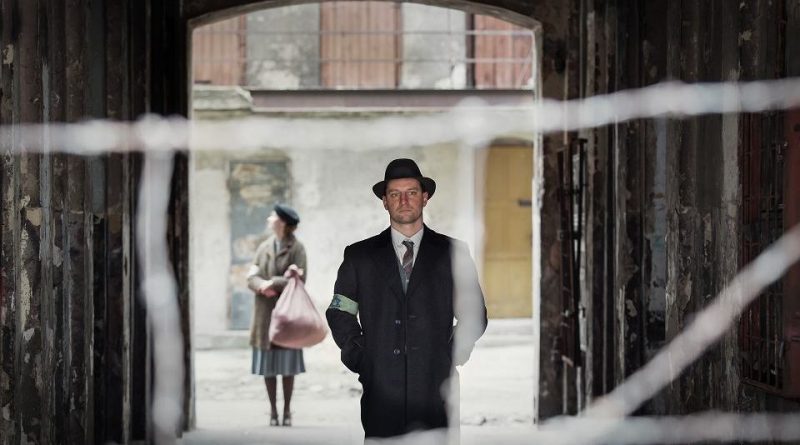 What a perfect title for this heart-wrenching and necessary film. Who Will Write Our History written and directed by Roberta Grossman and executive produced by Nancy Spielberg, not only brings to light a vital historical event but resonates across space and time about what it means to bear witness.

Using rare footage and photographs, dramatizations and expert interviews including Samuel D. Kassow whose book of the same title serves as the basis for the film, Who Will Write Our History describes the vibrant city of Warsaw, Poland before World War II. Jewish citizens had a thriving community, with six Yiddish daily newspapers and two Yiddish theaters Almost immediately after the Nazi invasion of 1939, Jewish residents and refugees began to be crammed into the Warsaw Ghetto, walled off from the rest of the city and enduring nightmarish conditions. People died in the streets of disease and starvation; smuggling was rampant and those who were caught trying to scavenge for food in were killed on the spot.

Emanuel Ringelblum is a name that deserves to be known and, thanks to this film, it will be known for generations. Recognizing that the Nazis’ aim was nothing short of genocide, Ringelbaum organized a clandestine group of community leaders, historians and journalists including Rachel Auerbach (voiced by Joan Allen in the film). Operating under the deliberately benign code name “Oyneg Shabes” (the joys of the Sabbath), they documented what was happening on a daily basis inside the ghetto. Leaflets, newspapers, diaries, drawings, eyewitness accounts — everything was gathered and stored in boxes, then taken, at great risk, to a location that only a few knew about and buried.

What is so profound is that these witnesses understood that if the Nazis won, which must have seemed nearly certain to them, that history would be told from the Germans’ point of view, effectively wiping out Jewish history including the resistance of the Warsaw Ghetto uprising. Ringelblum also knew that the archive had to be comprised of the observations of ordinary citizens; not Rabbis, politicians or academics. By the end, accounts were being written in real time on scraps of paper as Nazis were killing people in the streets or deporting families to the death camps.

After the war, there were just a handful of survivors, including Auerbach, who knew about the archive. Miraculously, the boxes were found in several locations deep under the rubble of heavily-bombed Warsaw. When the boxes were opened, out poured the voices — angry, desperate, confused, mournful, questioning — of people determined not to be silenced. Thanks to this eloquent film, these voices have been given a wider stage to tell future generations “we were here.”