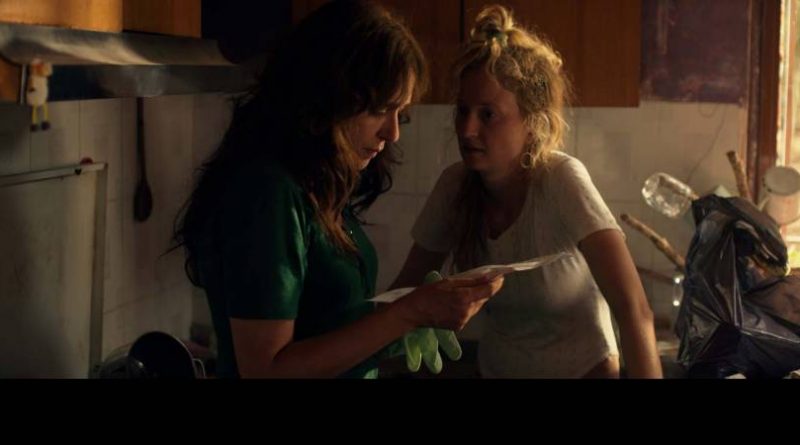 Laura Bispuri’s strikingly honest Daughter of Mine, an Italian-language drama that explores the meaning of motherhood through the tense struggle between two women who both have claims on a 9-year-old girl. Set in the wind-swept, sandy island of Sardinia off Italy’s coast, the drama is both specific to this location and these people, and universal.

Bispuri makes full use of the dramatic Sardinian landscape, where we can almost feel the sun beat-down on the rocky seaside, but the focus is firmly on the characters.

The director, who co-wrote the script, constructs this story carefully and masterfully, starting with the opening scene, which sets the tale in motion so well. We see a red-haired girl (Sara Casu), wandering around and exploring behind the scenes of what looks like a rodeo. The girl’s pale skin and striking hair color make her stand out from the crowd. When she rounds the end of a stall next to the arena, and surprises a couple in an amorous embrace. The woman, staggeringly drunk, is a pale blonde and she smiles at the girl. We naturally assume a connection between them yet in the next scene, the girl runs up to and hugs dark-haired woman who kisses her before the go off to look for dad. Of course there is a connection. We are not surprised when we learn the two women know each other, and our curiosity is naturally piqued as to their relationship.

This is a tense tale, in which we are on edge about what will happen next. Bispuri takes a situation fraught with emotion, and finds a way to explore that with truth and depth. Circumstances place the protective, doting adoptive mother Tina (Valeria Golino) in conflict with her daughter’s birth mother. Tina knows what a mess the drunken, impulsive, promiscuous Angelica (Alba Rohrwacher) is, yet she is gripped with fear about losing the daughter she raised. Meanwhile, Vittoria has become fascinated by this strange, risk-taking woman who is unlike anyone she has known. Likewise, Angelica is fascinated by this shy, polite girl, and begins to dream, although she on some level realizes it is impossible. Despite the support of her patient husband, Tina becomes increasingly distraught.

A lesser director could have taken a simple route, but Bispuri fully explores the characters and the situation from all aspects, a remarkable thing in a film that runs just over an hour and a half. Daughter of Mine delves into both women’s fears and flaws, and a pre-adolescent girl just starting to reach towards independence. The drama concludes with a believable resolution that feels right.

EDITOR’S NOTE: Daughter of Mine is AWFJ’s Movie of the Week for February 15, 2019