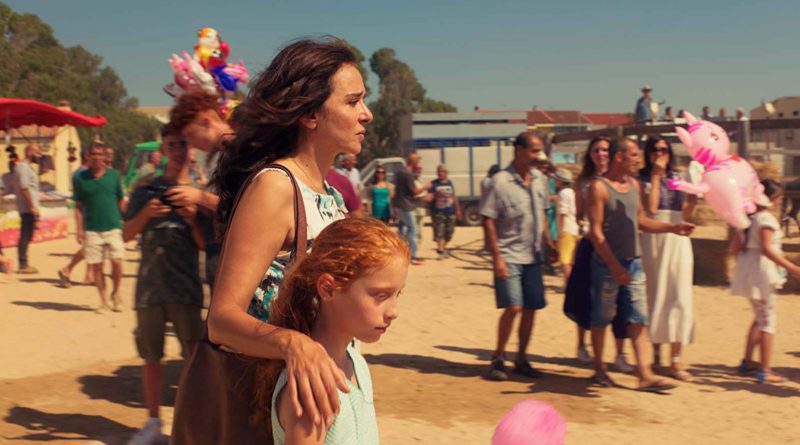 Set against the raw and rocky primordial landscape of Sardinia, Laura Bispuri’s Daughter of Mine is an intriguing if loosely told tale of two mothers, feral party-girl Angelica (Alba Rohrwacher) who gave birth to a look-alike daughter and Tina (Valeria Golina, hardly aged since starring in 1988’s Rain Man), a church-going factory worker with raven tresses who has invested her whole life to making sure the girl has been raised right and wants for nothing. She even sleeps in her child’s room rather than with her husband.

The script would not have worked if anyone had ever told the shy flame-haired Vittoria (Sara Casu), who is on the cusp of turning 10, about the events that led her to this maternal crossroads. But at a rodeo, the sprite of a youngster spies a tipsy woman whom she resembles engaging in a sexual way with a rough-hewn man. When Vittoria sees her again under different circumstances, a storm cloud of questions starts to gather in her mind.

There are hints that matters might take a tragic turn as the she is drawn to the exotic, out-of-control Angelica, who values nothing more than a free drink, but never really do. Instead, I admired the visual depictions of nature vs. nurture, both animal and human, which is at the core of this dilemma.

But no payoff that Tina can offer Angelica can alleviate the emotional tug of war that places Vittoria at the center. Instead, it is suggested the girl herself is the combination these two polar-opposite women and might lead the way. At one point, a drunken Angelica demands cashews from a bartender and observes that a cashew is nothing more than “a crippled peanut.’

Nothing in Daughter of Mine is quite as fresh as that observation, but as a distinctly different kind of love triangle, it mostly succeeds thanks to its trio of effective performances.

EDITOR’S NOTE: Daughter of Mine is AWFJ’s Movie of the Week for February 15, 2019