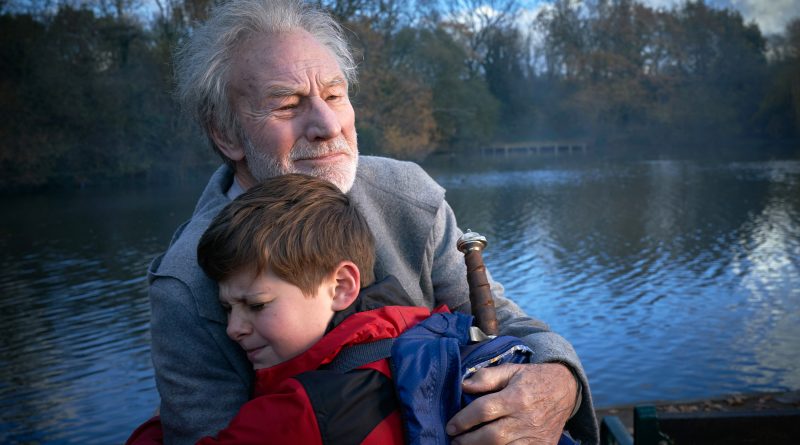 According to folklore, when the bitterly divided world is in discord, King Arthur will return to save humanity. But the idea that the legendary King could appear in Brexit-era London comes as a shock to 12 year-old Alex Elliot (Louis Ashbourne Serkis).

Fleeing from his tormentors, Alex sneaks into an abandoned construction site where he discovers a sword stuck in a piece of broken concrete. Extracting it, he reads the Latin inscription which indicates it might be King Arthur’s fabled Excalibur.

Although he treasures the King Arthur book his estranged dad gave him, Alex doesn’t take it seriously until a fiery demon torments him that night.

So it’s up to Alex to recruit an army, leaving his mother (Denise Gough) this note: GONE ON QUEST TO SAVE BRITAIN DON’T WORRY.

Enrolling his enemies as Knights of the Round Table and mentored in the chivalric code by Merlin, plucky Alex embarks on a mission that takes him through Stonehenge and beyond, pursued by flaming skeletons on horseback.

Conjuring Merlin notes that legends of the past are always filtered through ‘unreliable storytellers,’ filling the needs of the powerful. “You must write them anew,” he urges.

On the Granger Movie Gauge of 1 to 10, “The Kid Who Would Be King” is a sword ‘n’ sorcery 7, a charming fantasy/adventure for the whole family.