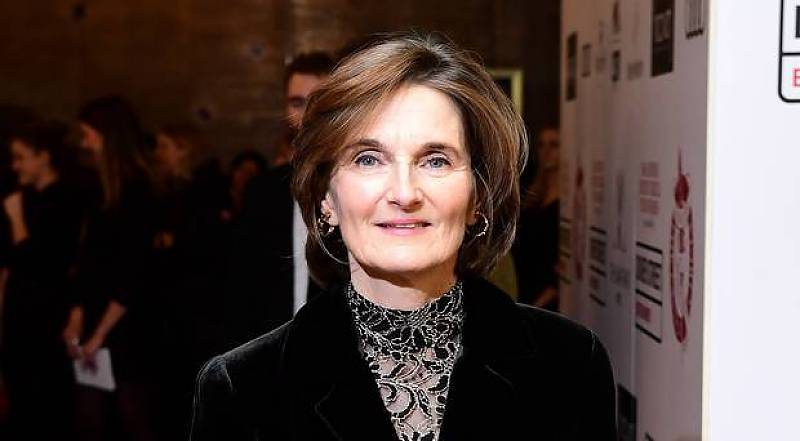 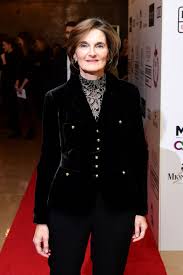 If J K Rowling is frequently held up as a model of persistence – her original Harry Potter manuscript initially rejected by 12 publishers – then The Favourite screenwriter Deborah Davis surely holds a place up there, her own screenplay taking a staggering 20 years before becoming a fully-realized movie.

That delayed gratification has made her accomplishment all the more sweet, winning a BAFTA and nominated an Oscar for best original screenplay, a credit she shares with fellow screenwriter Tony McNamara.

Add to her accolades, she won two AWFJ EDA Awards, one for Best Original Screenplay and the second for Best Woman Screenwriter.

Directed by Yorgos Lanthimos and starring Olivia Colman, Rachel Weisz and Emma Stone, The Favourite has earned a stunning ten Oscar and 12 BAFTA nods as well as a Golden Globe Best Actress win for Colman.

“I wrote the first draft and delivered it to producer Ceci Dempsey in 1998 so its been a long journey. I found the story and, for some reason, I decided that this had to be a film,” says Davis, a former financial lawyer who quit her legal job to raise her two small children, becoming a freelance writer for Screen International and Vogue, largely specializing in film finance.

“I couldn’t raise my children and continue at a big city law firm. It just wasn’t practical to be working 18 hour days in the city and leaving my kids with an unpredictable nanny in the country, dumping them with the neighbours. It all became a little unmanageable,” she laughs during AWFJ’s interview with her in London this week.

“Because of my legal background I was able to write about the business of film making,” she adds.
Forging invaluable connections within the film industry during her second career, she says, “So when I found this story about Queen Anne, I set myself to learning how to write a screenplay.”

First attending night school in West London, she went on to earn an MA in screenwriting at the University of East Anglia. “I was greatly assisted by Val Taylor who was the head of that department at the time,” says Davis who also completed a correspondence course in creative writing and poetry.

Poetry became a key to her path into screenwriting. “I wrote a lot of poems but they were never published. But poetry really helped when I began focusing on script-writing because, in poetry, every single word matters which helped in the very concise form of script-writing.

“Later, when Ceci came on board with my screenplay [under her original title of Balance of Power before it was renamed The Favourite], she never ever lost belief in its destiny. Ceci was determined to go out and get it made. It took a while but she did it.”

Ask her about the historical accuracy of The Favourite, given that Queen Anne’s husband Prince George was also in the picture, she is quick to correct, “Actually he died in 1708 and this goes beyond that period. It’s very much a film that focuses, not on all the historical bits of the story, but on the female triangle which was the important thing,” she says of the film’s lesbian love triangle formed between Queen Anne and Sarah, Duchess of Marlborough, and Abigail; cousins vying for the Queen’s favour.

Seeking inspiration from her own experience attending a London all-girls school, she says, “Honestly, the goings on, and how we nicked each others’ friends and made each others’ lives a misery, this was not an unfamiliar story to me. Also, as one of four sisters, sibling rivalry was rather a strong element in my life.”

Discussing The Favourite’s long gestation period, she says she never gave up. “I was very pragmatic about it. I took any opportunity it gave me and I didn’t worry about which opportunity it was. For example, when things went very quiet, I used my script to get into the University of East Anglia. And while it was being developed by Ceci, I was also picked up by BBC Radio Four to write radio dramas, including a five-part version of this film. So I felt it was giving me opportunities in all sorts of ways and didn’t worry about a single end goal. I think that was the right strategy,” says Davis, The Favourite featuring on the 2009 Brit List as one of the best un-produced scripts.

“That was a great boost to its chances and then in 2010, Lee Magiday, head of development at Element Pictures, discovered Yorgos after seeing his film, Dogtooth,” she says of The Favourite’s director who subsequently wrote and directed award-winning films The Lobster [2015] and The Killing of a Sacred Deer [2017].

“Dogtooth was a good forerunner for this movie because it’s about a family, cut off from the world, living according to some bizarre rules and regulations; the children imprisoned in the father’s perverse and autocratic family structure. So, funnily enough, this life in the palace was also a very bizarre, claustrophobic structure.”

Once Lanthimos came on board, everything changed, including the director’s choice to recruit McNamara as a co-screenwriter, reconfiguring the tone to feel both classical and contemporary. Every actress in town was now suddenly interested. “Yorgos was the magic key that unlocked the whole thing,” recalls Davis.

Her single pinch-me moment during the whole process was the first day she arrived on location at sumptuous Hatfield House in Hertfordshire during filming. “It was the most beautiful setting. You couldn’t hope for more. But when I saw all these trailers packed into the car-park and realized that these were all for the film, I was absolutely gob-smacked.

“The thought that my idea, that I’d come up with, had translated into this enormous industry just made me think, ‘Oh my goodness’. It came from one room – and now look what its become!” says Davis whose preferred writing space is in bed with her lap-top.

Her dizzying award season began with BIFA (British Independent Film Awards), on December 2 where she took home the Best Screenplay gong, moving on to Los Angeles last month where she attended The Golden Globes.

“I hadn’t been in LA for about 20 years so it was quite a shock to return as a nominee. The American way of awards is much bigger and splashier than anything we do here. It was all rather overwhelming and I was quite intimidated and nervous.”

Ask her about The Favourite’s amazing cast, she says, “I’m a bit like the female triangle. I just dance around all three and enjoy the opportunity to meet them. I don’t have any particular favourites!”

Spending her pre-BAFTA week in London meeting producers for potential jobs, she will attend the BAFTA Tea Party at swanky Claridge’s Hotel on Friday [Feb 8] and a BAFTA supper at Kensington Palace on Saturday [Feb 9].

She’s particularly excited about the Kensington Palace event. “This is where Queen Anne actually lived and where a lot of these events took place.”

Of course, the BAFTA Awards take place at The Royal Albert Hall on Sunday. “I can’t think of a more elegant venue,” says Davis who will be resplendent in a Catherine Walker gown for the big night. 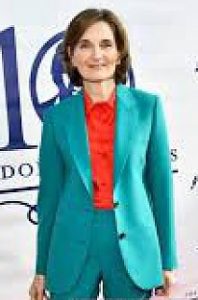 Currently involved in developing TV versions of her earlier radio dramas, she is also writing a stage play; a comic romp about the golden age of satire, based around Gulliver’s Travels by Jonathan Swift published in 1726.

The Favourite has certainly opened up many new doors. “Its fantastic that I’m able to cross into different forms of script-writing and that long period of writing for radio has proven to be a great help,” says Davis who has generated a lot of ideas during the lengthy wait for The Favourite’s big screen bow.

Her family, she says, are in a state of shock. “None of us can quite believe what’s going on.”
But don’t write Davis off as merely a period costume drama writer. “I didn’t just write historical drama for radio. One of them was a modern legal drama based in family court which I’m currently developing.”

Is Meghan Markle, Duchess of Sussex and former star of the legal drama Suits listening?