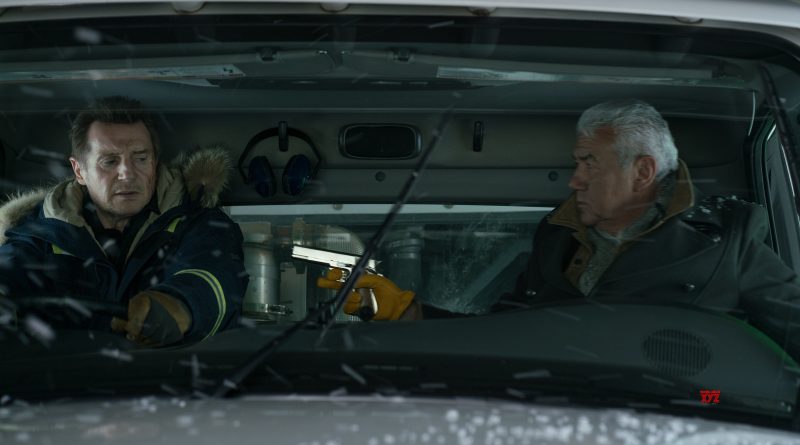 In the (fictional) Colorado skiing community of Kehoe, stoic Nels Coxman (Liam Neeson) drives a gigantic snowplow, consistently clearing the roads, which makes him the town’s highly respected “Citizen of the Year.”

Disbelieving Coxman vows revenge, methodically eliminating one suspect after another until he reaches the real culprit, a Denver-based drug lord, Trevor “Viking” Calcote (Tom Bateman), who happens to be caught in a battle with his ex-wife (Julia Jones) for custody of their sensitive young son (Nicholas Holmes).

Continuing the carnage, there’s a turf battle between Viking’s gang of thugs and a rival band of Native-American coke traffickers, headed by White Bull (Tom Jackson), along with the appearance of a hitman known as “The Eskimo.” And after each grisly, graphic demise, there’s the victim’s “in memorium” card, adorned with a crucifix.

In a thankless role, Laura Dern plays Coxman’s weed-smoking wife Grace, while Emmy Rossum and John Doman are a couple of local cops, ill-equipped to handle the rapidly mounting count of homicide cases. William Forsythe is a scene-stealer as Coxman’s black-sheep brother.

Stalwart 66 year-old Liam Neeson has built a vigilante reputation, quoting a line from the film: “I picked a good road and stayed on it.”