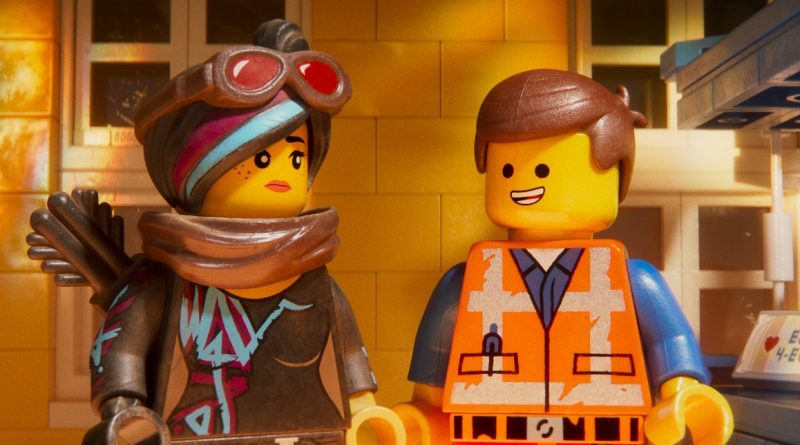 Like the venerable, versatile plastic bricks it’s literally built on, “The LEGO Movie 2: The Second Part” imaginatively expands in fun, freewheeling ways on the cleverly rendered foundations of the original 2014 computer-animated feature.

For fans who have patiently waited out five years and two spinoffs – the popular “The LEGO Batman Movie” and the lackluster “The LEGO Ninjago Movie” – to find out what happened after aliens made of toddler-friendly Duplo blocks landed in Bricksburg and declared “we are here to destwoy you,” the sequel picks up right where the first film left off and quickly constructs a whole new universe of possibilities.

Given the adorable alien invaders’ penchant for anything colorful, Bricksburg transforms into Apocalypseburg, a barren, monochromatic, “Mad Max”-style wasteland. The LEGO land’s inhabitants likewise have grown tougher and more cynical, with the notable exception of mild-mannered Emmet (voice of Chris Pratt), who remains as friendly and optimistic as ever, to the chagrin of his bestie Lucy (Elizabeth Banks), who has become an even more hardcore warrior and urges Emmet to grow up and change with the times, too.

The pair and their Master Builder buddies are sent into a panic with the arrival of Gen. Mayhem (Stephanie Beatriz), who is under orders to transport five VIPs to the Systar System to witness the marriage of its shapeshifting leader, Queen Watevra Wa’Nabi (Tiffany Haddish). When the general kidnaps Lucy, Batman (Will Arnett), Astronaut Benny (Charlie Day), MetalBeard (Nick Offerman) and Unikitty (Alison Brie), Emmet sets out into space to save them and encounters the macho hero Rex Dangervest (Pratt again), who offers to not only help him save the day but also to learn about being a real man.

Directed by Oklahoma City native Mike Mitchell (“Trolls”) and written by Phil Lord and Christopher Miller, who penned and helmed the first “The LEGO Movie,” the sequel is just as packed with clever ideas, hilarious pop culture references and infectious original songs as its predecessor. “Catchy Song” by Dillon Francis featuring T- Pain and That Girl Lay Lay is every bit the indelible earworm as the first film’s “Everything Is Awesome,” which is revisited in various forms in the sequel, and the end-title theme “Super Cool,” from Beck featuring Robyn and The Lonely Island, actually does make the credits worth watching.

It may not feel quite as fresh and unexpected as its predecessor, but “The Second Part” eclipses the first film by building up the connection between the kaleidoscopic animated world of the mini-figs and the real world of their flesh-and-blood world-builders, now-adolescent Finn (Jadon Sand), his playful little sister Bianca (Brooklynn Prince) and their patient mom (Maya Rudolph). For families, the human conflicts are as relatable as the ingenious playtime adventures are entertaining.