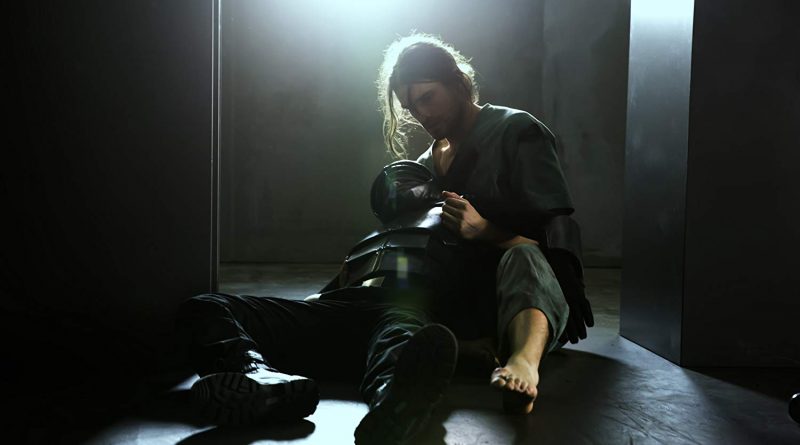 With Claire Denis’ English-language debut High Life taking the world by storm after its debut at TIFF last September, it has proven a timely reminder of the fascinating and diverse work women filmmakers have produced in the science fiction genre. From Doris Wishman’s cult sixties sexploitation film Nude on the Moon to Ava DuVernay’s A Wrinkle in Time last year, sci-fi has offered a broad scope for an impressive range of creative visions to come to the fore.

In Australia, two woman-directed science fiction films are soon to be released; Sandra Sciberras’s The Dust Walker and Dee McLachlan’s The Wheel. Filmed primarily at Melbourne’s Dockland Studios, The Wheel takes the director of 2007’s acclaimed movie about human trafficking The Jammed to new territory, McLachlan turning her attention away from the gritty Melbourne streets to the potential dramatic potential of a films set in a tech-heavy, militarized dystopian future.

The Wheel stars David Arquette as Emmett Snyder, a neuroscientist who works for the cruel corporate giant Satoshi Telefair Industries, whose research has firmly crossed ethical boundaries in their experiments on living human subjects. The protagonist Matt is played by Australian actor Jackson Gallagher, and they are joined by other familiar Australian screen regulars Kendal Rae and Belinda McClory (the latter already familiar to international audiences for her performance as Switch in Lana and Lilly Wachowski’s The Matrix, also filmed in Australia).

Tackling questions of ethics and biotechnology, greed and humanity, and the unquestioning compliance to monstrosity in the name of science and progress, while working in more fantastic terrain than The Jammed, McLachlan has again been drawn to a story about the struggle for dignity in humanity in systems that work directly against such qualities. Working as a director around the world since the late 1980s, McLachlan’s most recent work in Australia has seen her directing episodes of the popular Australian television series Wentworth, while The Jammed – which she wrote, directed and produced – was nominated for seven Australian Film Institute awards, and winning three at Australia’s Inside Film Awards (including Best Film and Best Screenplay).

Drawn by the high-octane action spirit of The Wheel’s screenplay (written by James S. Abrams), the forthcoming film promises to reveal yet another side to McLachlan’s vision as a filmmaker and storyteller. Alongside films like Sciberras’s The Dust Walker, McLachlan’s The Wheel hopefully marks the arrival of a potential next wave of Australian women’s science fiction filmmaking.