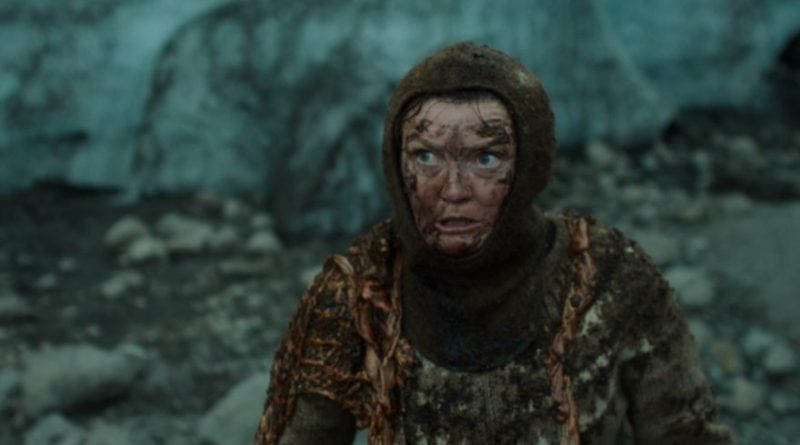 But her underground efforts might have to take a backseat soon when Halla learns that the application she filled out four years ago to adopt an orphan from the Ukraine is about to be fulfilled and soon she will be a mother to a 4-year-old daughter. Her situation isn’t too far off from Holly Hunter’s Elastigirl in the Incredibles franchise

That summary, however, doesn’t quite do justice to the slightly off-center sensibility of director Benedikt Erlingsson’s picaresque tale. For one, our heroine is followed about by a musical trio, who show up with drums, a piano or an accordion and a Sousaphone to provide the score. There are also three lady singers in peasant garb who harmonize in the background. Also, one of Halla’s male choir members is a government official who is helping her to pull off her attempts to cut off the power supply. And, lo and behold, our eco-terrorist heroine has a twin, Asa, who is a guru instructor and knows nothing about her secret life. There are running gags, such as the curly-haired male bike rider who unfortunately seems to be in the vicinity whenever Halla pulls off her stunts. But there is also human compassion among those who help the leading lady along the way.

Fun moments pop up such as when Halla sets off a collection of alarm clocks at a second-hand shop to distract the clerk so she can make off with an old typewriter or she uses a baby carriage to carry her weapons of destruction. I also appreciate that Geirharodottir, whose dazzling blue eyes can flash grim determination but also deep caring, is lean and mean as she runs about the outdoors.

Woman at War was offered up as Iceland’s foreign-language Oscar admission last year but got passed by. But perhaps, even better, is the news that Jodie Foster plans to direct and star in an English remake.